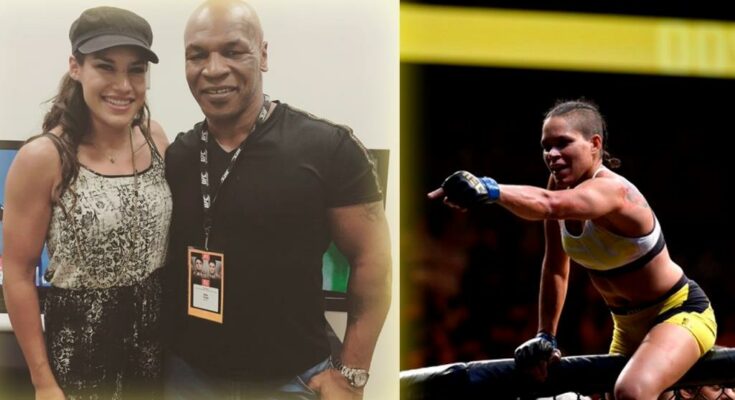 Although she’s confident about beating Amanda Nunes once again at UFC 277, Julianna Pena isn’t underestimating the former champ. She knows that Nunes will bring her “A-game” and do everything in her power to reclaim her lost throne this weekend.

Pena said she regards her opponent as one of the most dangerous fighters in the division and has prepared accordingly for the fight.

“Amanda is very dangerous everywhere and I’m absolutely gonna be wary and on edge and ready for everything that she brings, and I’m going to be bringing my best as well. Back then, she said she wasn’t at her A-game. Well, I wasn’t at my A-game either and now we’re going to come to see our A-games and and see who who gets their hand raised at the end of the day.”

Despite having beaten Nunes in their first fight, Pena is still being regarded as an underdog by the majority of bookmakers. It will be interesting to see if she can shock the world all over again this weekend.

Julianna Pena believes Amanda Nunes is past her prime and that the era of her dominance is well and truly in the past.

Pena shocked the world at UFC 269 last December when she picked up a monumental second-round submission win over ‘The Lioness’ in their women’s bantamweight title fight.

With the victory, she ended Nunes’ incredible 12-fight win streak inside the octagon. Heading into their much-awaited rematch at UFC 277 this weekend, Pena believes that no matter how hard she tries, Nunes won’t be able to regain her prime form again.

She claimed that her win over Nunes at UFC 269 marked a “passing of the torch” moment at 135 pounds. During a recent interaction with Fox Sports Australia, which was shared on the Mainevent YouTube channel, ‘The Venezuelan Vixen’ said:

“Amanda is a very dangerous fighter and she has shown such a dominant reign, but I do believe that her time as champion at 135 is over and that her era in the past, so let the past be the past, she passed the torch and I’m not giving it back and it’s my time now.”