Khamzat Chimaev claims Nate Diaz’s toughness is nowhere near him, says the Stockton native had a “good life” 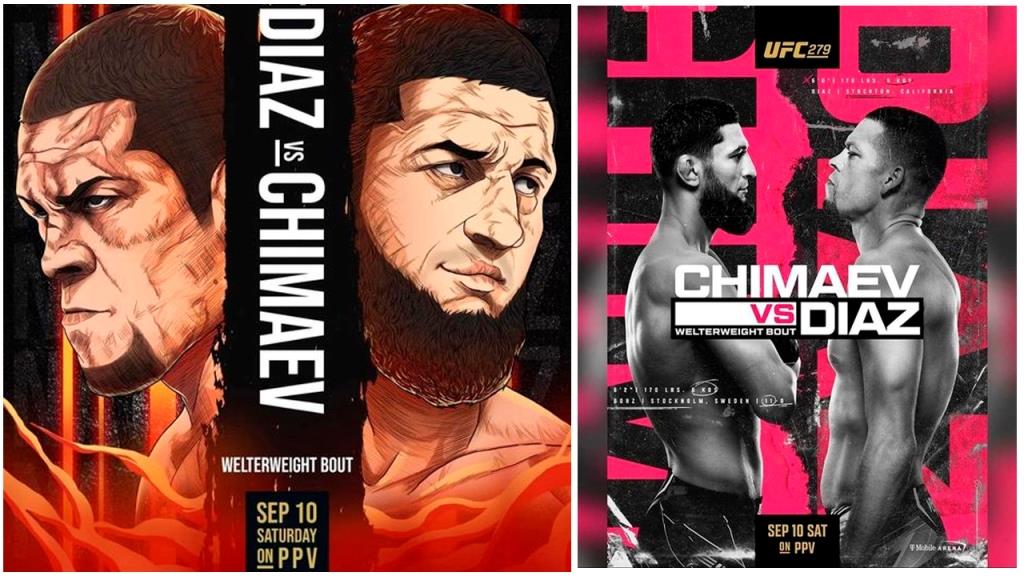 Khamzat Chimaev believes that his next opponent Nate Diaz is nowhere near as tough as he is considering the circumstances they both grew up in.

Speaking on the UFC 279 Countdown episode, ‘Borz’ drew comparisons between his situation growing up in Chechnya and that of Nate Diaz in the US.

The Chechen-born Swede claimed that Diaz had a much easier life as he detailed the hardships he had to go through growing up in war-torn Chechnya.

The welterweight star also opened up about the troubles he and his family experienced when they immigrated to Sweden:

“In Chechnya, it’s totally different when you grow up in the war. Diaz, he’s not close to our toughness. He was in school. He had the good life, he had the bread. But we didn’t have that. I moved here and they brought us to immigration. We got one room. My sister, me, my mom, everyone was living in the same room. That was hard. A lot of people are talking about: ‘I’m from the ghetto, I’m from this and that.’ It’s not the same thing.”

Khamzat Chimaev is a massive favorite heading into the main event clash against Nate Diaz at UFC 279. Popular sportsbook Sportsbet has listed ‘Borz’ as a gigantic -5000 favorite against the Stockton fighter. Many fans and experts also believe that Chimaev will make light work of the UFC veteran by utilizing his wrestling and ground-and-pound abilities.

Considering the odds, Nate Diaz believes that all the pressure will be on the Chechen-born fighter in this fight. In the UFC 279 Countdown episode, the 37-year-old also stated:

“It’s a fight as far as I’m concerned. Him being a favorite and everybody thinks he’s going to win by, on what ground? You better take me clean out the way the odds are, right? Pressure’s on dawg.”

While the pressure may be on Chimaev, Nate Diaz will be determined to end his promotional career on a high. The MMA veteran hasn’t won a fight since his victory over Anthony Pettis more than three years ago at UFC 241. The Stockton native suffered a TKO loss to Jorge Masvidal in November 2019 before dropping a decision to Leon Edwards in June 2021.

Watch Khamzat Chimaev discuss Nate Daiz and his respective situations growing up below:

Georges St-Pierre is singing the praises of Khamzat Chimaev