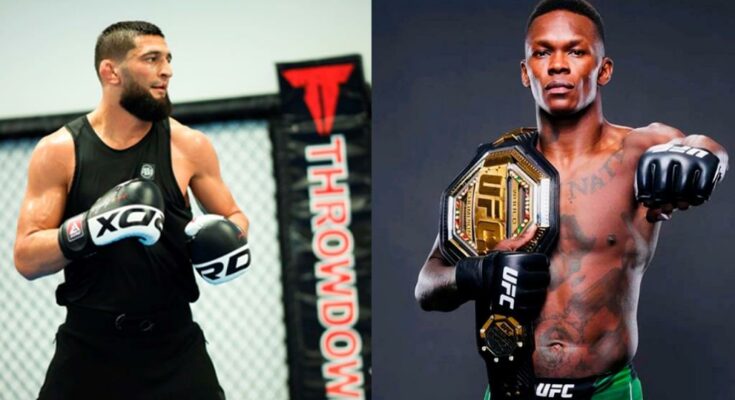 As everyone knows, UFC middleweight champion Israel Adesanya of New Zealand has lately succumbed to criticism because of his boring performances.

Khamzat Chimaev has suggested that Israel Adesanya’s fighting style has changed because he isn’t as hungry of a competitor as before his title reign.

Chimaev seemingly believes that ‘The Last Stylebender’, who’s defended the undisputed UFC middleweight title five times since obtaining it in October 2019, chooses to rack up points on the judges’ scorecards rather than finish fights.

Israel Adesanya is coming off a unanimous decision victory over Jared Cannonier, whom he defeated at UFC 276 on July 2nd. The UFC middleweight title bout featured negligible action on the part of both fighters. The Cannonier matchup marked ‘Izzy’s’ third consecutive decision victory.

Israel Adesanya’s detractors have accused the striking savant of playing it safe and hanging on to his title rather than knocking out opponents like he did in the past. In the latest edition of The MMA Hour with Ariel Helwani, Khamzat Chimaev was asked for his take on Adesanya’s performance against Cannonier. ‘Borz’ replied by stating:

“He’s doing his job. He makes his money. Now, he’s the champ. You don’t need to do the crazy things just to win… I don’t know what’s happening with him last time. He fights better before. Now, maybe he’s not that hungry. He’s driving crazy cars.”

“He has a lot of money. And it makes some people change. When you’re hungry, you fight crazy like he did before. And now, I don’t know. He just make the points and win the fights. It’s boring.”

Watch Chimaev discuss the topic at 13:02 in the video below: