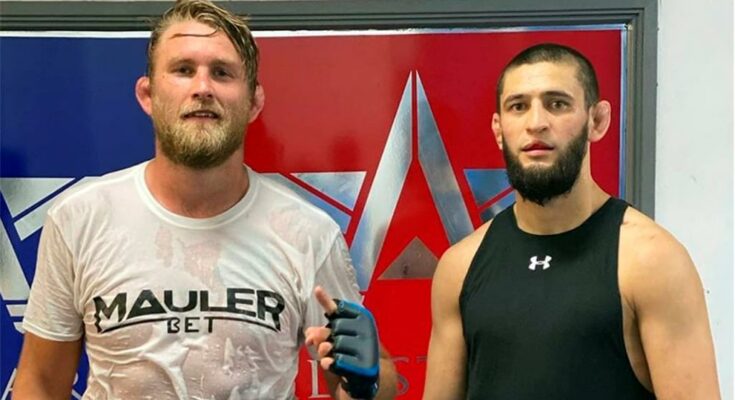 Khamzat Chimaev has been training alongside Alexander Gustafsson since 2017, which gives ‘The Mauler’ an insider’s perspective on just how good Chimaev really is.

Last weekend on July 23 Nikita Krylov made quick work of Alexander Gustafsson at UFC London. After landing a flurry of strikes and not giving his opponent any time to recover, the ‘Miner’ scored a first round TKO against the former title challenger.

Some in the MMA community are calling for Gustafsson’s retirement now that he’s on a four-fight losing skid.

‘Borz’ had previously shown his respect for Gustafsson via social media. Following Gus’ rough loss on Saturday to Nikita Krylov, Khamzat went on Instagram to say:

Gustafsson returned after a competitive hiatus that was just two days shy of a two-year total. His return was spoiled by Krylov.

Speaking to Ariel Helwani on The MMA Hour, Chimaev discussed a bunch of topics. When asked how he felt seeing Gustafsson fall short yet again, Chimaev replied:

“Feels bad. Really bad like that guy is so nice guy. He helped us a lot. I become the fighter I am. Maybe if not Alex being and living in Sweden… maybe I didn’t start MMA. Maybe I didn’t show up in the UFC. The guys now, all the guys from Sweden who fight have to thank Alex because of him we on the top. We fight on the different UFCs.”

“We are like from Sweden, five or six guys in the UFC. Before Alex there was almost nobody there. When he fought Jon Jones, everyone started training MMA. For us, he has always been the champion. He didn’t get the belt but he’s the champ for us.”