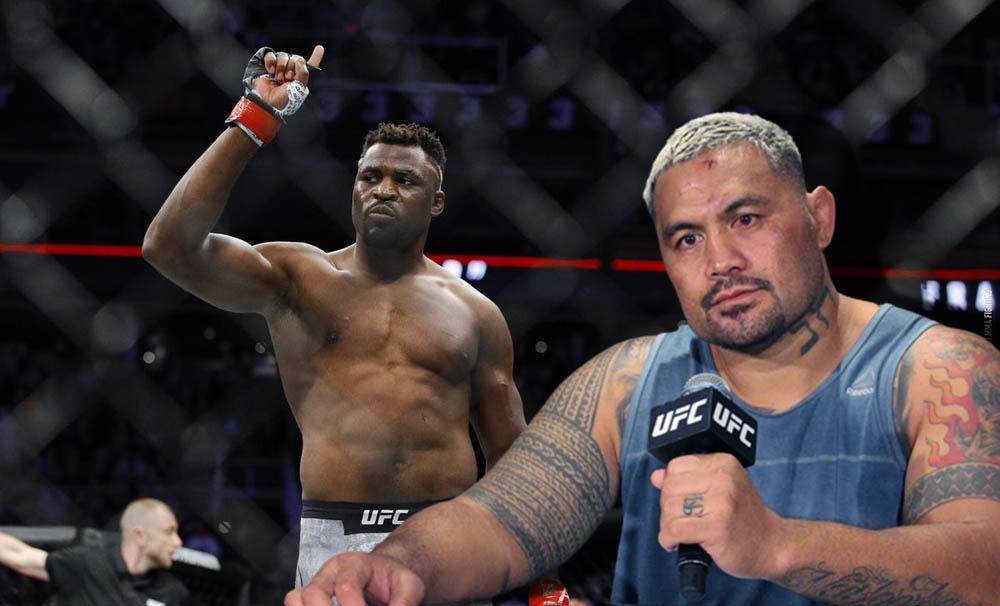 Mark Hunt has offered Francis Ngannou a piece of advice amid his ongoing contract dispute with the UFC. Mark Hunt encourages Francis Ngannou to explore options because getting paid $600K is “a freaking joke”.

“The Super Samoan” claimed he was astounded to learn that he was paid more in his last fight than Ngannou was at UFC 270. With that in mind, Hunt believes the best course of action for ‘The Predator’ is to leave the UFC for a more lucrative opportunity elsewhere. During an interview with Submission Radio, Hunt stated:

“With Ngannou, of course, he should sit out. Of course, he should look at his other options. To me, the man in MMA getting paid $500,000 to $600,000 is a freaking joke. I just explained to you that I got paid $950,000 six years ago and I never had the belt. So, you know, right there goes to show you how much these guys are getting exploited.”

The Cameroonian’s relationship with the UFC has deteriorated since he won the championship in March 2021. Ngannou has since stated that the only way he’s staying in the UFC is if he is to be allowed to pursue professional boxing, where top fighters significantly make more than their counterparts in MMA.

Mark Hunt reveals that he got paid more than Francis Ngannou

Mark Hunt put into perspective how severely underpaid Francis Ngannou is. According to the retired UFC heavyweight, ‘The Predator’ has a right to be unhappy with his situation as he’s getting “ripped off” by the UFC. Hunt said:

The 47-year-old also slammed critics who believe Ngannou is not making much because he doesn’t sell pay-per-views. Hunt added:

“You know people make all these excuses about some, ‘He doesn’t sell the pay-per-views, he doesn’t do this.’ You know, stop talking if you don’t know. They just make this s*** up out of the air, I don’t know where they get it from. And for all these fighters, yeah, stop living on your knees. Stop being one of those guys.”