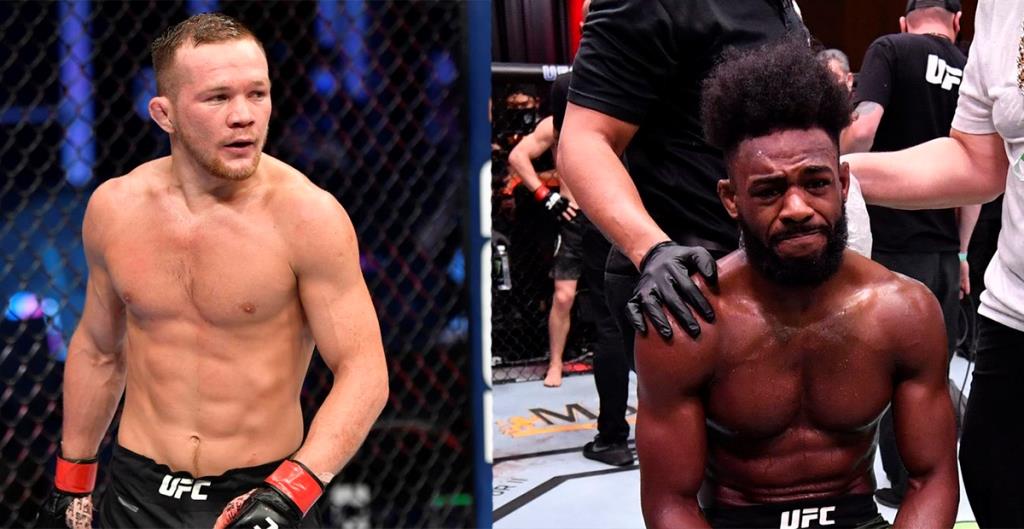 Petr Yan proved to Aljamain Sterling that he is not a cheater ahead of their rematch at UFC 273. Yan took to Twitter to post a video of himself being randomly drug tested by USADA.

In the build-up to their rematch at UFC 273, ‘No Mercy’ and Aljamain Sterling have traded barbs in the media. Sterling has accused Yan of taking PEDs and has claimed that USADA doesn’t do enough to test fighters who live outside the United States.

“For the record, I do not think every Russian fighter or athlete cheats. Just like every American, Brazilian, Chinese, or any other nationality of athletes, you have the clean and dirty ones. Personally I think Cheotr Yan is a dirty cheat. Maybe I’m wrong but I highly doubt it,” Sterling wrote on Twitter.

Petr Yan has responded with a clip of him being tested with the caption:

The bantamweight duo locked horns for the first time at UFC 259 last year. Yan was dominating the fight and was seemingly en route to retaining his title. However, a bizarre illegal knee rendered Sterling unable to continue.

As a direct result of what happened, Sterling was awarded the victory via disqualification and also managed to secure the title – becoming the first fighter in UFC history to win the strap this way.

Henry Cejudo expressed a desire to replace Max Holloway at UFC 273 and face Alexander Volkanovski in a quest to become the first three-division champion in UFC history. However, Chan Sung Jung was given a crack at 145 lbs gold instead.

‘Triple C’ recently stated that he’s willing to come out of retirement and create a Rocky moment against Petr Yan in Russia for the right price. During a recent interview on the DC and RC Show, Cejudo said:

“Listen, I’ll tell you what man, I’d love to beat that ugly potato face Petr Yan in Russia, I’ll go out there like Rocky in style, with my Gucci shoes, chinchilla suit, I will massacre that dude in front of his own country. The only thing is that I just want that bag full of money, man. I feel like I deserve it. I’m actually enjoying coaching right now.”