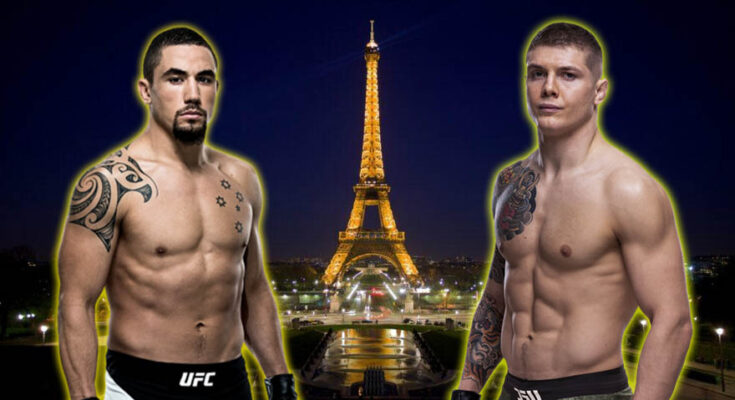 Vettori and Whittaker finally rescheduled their battle. They were supposed to fight at UFC 275 in Singapore, but Whittaker was forced out due to some injuries.

UFC’s first trip to France has added a major middleweight bout, as former champion Robert Whittaker will take on Marvin Vettori at UFC Paris on Sept. 3, the promotion announced Tuesday.

Robert Whittaker ranked No. 2 and Marvin Vettori ranked No. 4 in the world at middleweight. The fight will likely be three rounds.

Whittaker (23-6) had a three-fight winning streak snapped by champion Israel Adesanya in a title fight at UFC 271 in February. The New Zealand-born Australia resident has lost only to Adesanya, in a pair of title fights, since 2014. Whittaker, 31, held the UFC middleweight title from 2017 to 2019.

Vettori (18-5-1), 28, has won six of his past seven fights, most recently a unanimous decision win over Paulo Costa in October. The fighter from Italy has lost to only one man – also falling to Adesanya twice – since 2016 and has an 8-3-1 UFC record.

UFC Paris is expected to be headlined by a heavyweight bout between former interim champion Ciryl Gane, who is from France, and popular Aussie slugger Tai Tuivasa, officials told ESPN’s Brett Okamoto earlier this month.

Gane lost his title fight with Francis Ngannou after a five-round war in January. He was winning the first two rounds, but he could do nothing against Ngannou’s wrestling skills, suffering a unanimous decision loss.

Tuivasa just defeated Derrick Lewis, which bumped him up to the No. 3 spot in the rankings, and is likely to be one fight away from the title shot.

Other French fighters are reportedly willing to fight there.

Nassourdine Imavov earned three victories inside the cage and defeated rising star Edman Shahbazyan in the latest fight, and he is one of the prospects which we might witness inside the octagon. He is also a product of the MMA factory, just like Gane.

Manon Fiorot is another prospect with a record of 9-1-0. She is undefeated in the UFC, with four victories on her account.

Alan Baudot is another candidate, but he has scheduled a fight for June 25, and most likely, we will not see him inside the cage in Paris. Still, we might witness Zarah Fairn Dos Santos, who might earn the opportunity for redemption after suffering two defeats in a row.