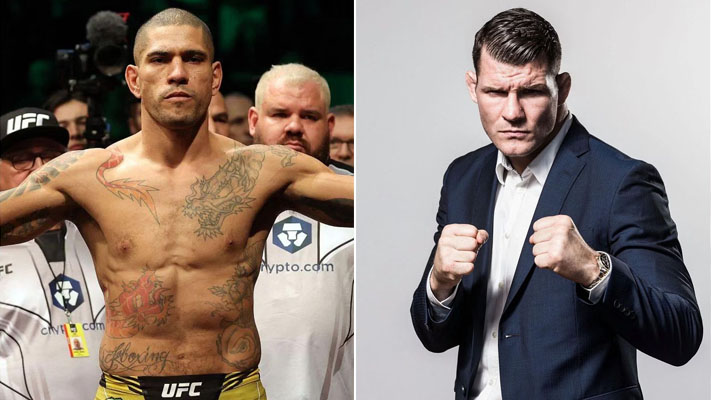 Bisping recently did a live session on his YouTube channel where he answered various questions from his followers. At one point, Alex Pereira vs. Jiri Prochazka came up. ‘The Count’ said that although it could be an exciting scrap, it was too soon for ‘Poatan’ to move up in weight and fight for another belt.

Bisping argued that the Brazilian has not done enough yet to earn a shot at champ-champ status:

“[Jiri] versus Pereira, what a fight that would be, because they both fight on the feet predominantly. Jiri’s more of a striker, isn’t he? So that would be a great fight. But I don’t think Pereira right now is in a position to be going up and challenging other champions. The body of work hasn’t been big enough yet. He just won the belt for crying out loud. His next fight will be against Adesanya. It will not be against the 205 champ. No way.”

In just his fourth fight in the UFC, Pereira took on Israel Adesanya for the middleweight title. ‘The Last Stylebender’ got the better of the Brazilian for the majority of the fight. However, in the final round, ‘Poatan’ turned things around and scored a TKO victory to dethrone Adesanya.

Watch the full live session below:

As Alex Pereira was unloading punches on Israel Adesanya in the last round, referee Marc Goddard stepped in to stop the fight, while Adesanya was still on his feet.

This caused an uproar among a section of MMA fans, who believed the fight was stopped prematurely. ‘The Last Stylebender’s’ coach Eugene Bareman shared his opinion on the stoppage in a recent interview with Combat TV.

The City Kickboxing coach said that he had no problem with the stoppage as Adesanya could’ve been in trouble if the fight had gone a bit longer:

“I can’t sit here and truthfully say that was an early stoppage. I’m happy with the stoppage personally. I thought Israel was in trouble. Of all my experience that I’ve had in the sport, I saw some signs that he was in trouble. I felt that prolonging the fight longer than when Marc Goddard stopped it would’ve ended up not good for Israel’s health. So, I’m happy with the referee’s decision.”