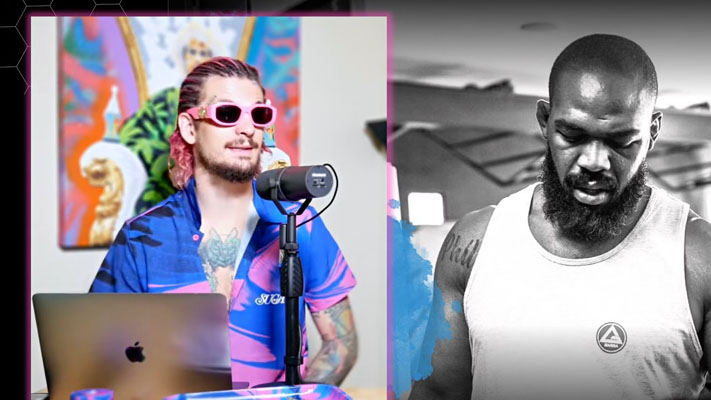 UFC top bantamweight contender Sean O’Malley recently shared his thoughts on former light heavyweight champion Jon Jones‘ potential return and who he would be matched with upon his return.

Jones was last seen in the octagon at UFC 247, defeating Dominick Reyes in a close and contentious decision victory.

Following his victory at UFC 247, ‘Bones’ gave up his light heavyweight title to announce his plans to advance to the UFC’s heavyweight division. However, Jones is yet to make an appearance in the promotion’s 265 lbs division in three years now.

Giving his opinion on a recent edition of his BROMALLEY podcast, host Sean O’Malley believes the 35-year-old should be getting the interim belt fight if not a direct shot at division gold. According to the ranked no.1 bantamweight contender, it makes no sense for someone of such caliber as Jones not to get a title shot.

Discussing the matter along with his brother, the 28-year-old has this to say:

“Even if Jon fights…even if Jon doesn’t fight Francis[for title belt], it’ll be for an interim belt… So regardless… he’s maybe if there was talks. But Jon Jones coming back and not fighting for a belt makes zero sense”.

Check out Sean O’Malley discuss Jones’ potential return in the video below:

Jones’ coach Brandon Gibson seemed quite confident in his pupil during a recent interview with Submission Radio. Jones, according to coach Gibson, is “dynamic” and carries the “IQ” to beat the likes of heavyweight king Francis Ngannou and Stipe Miocic:

“Jon Jones has the skill set to get his hand raised in both of those bouts [against Stipe Miocic and Francis Ngannou]. There’s no doubt in my mind about it. There’s nobody like Jon at heavyweight. Nobody is as dynamic, as fast, as gifted in all disciplines as Jon is. His IQ is off the charts. Not to say that these other guys aren’t smart, brilliant fighters, but Jon Jones’ IQ and comprehension of his game is unlike anybody else’s in the world.”