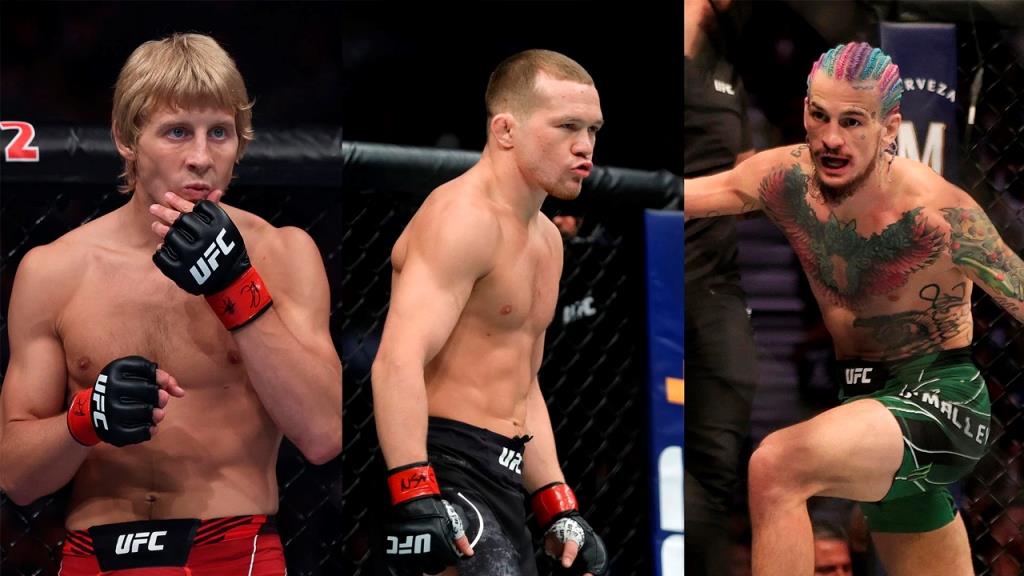 Many were shocked when the UFC announced they’d be pitting their No.13-ranked star against the No.1-ranked Russian.

However, there are those who believe a three-round fight against Yan may play in O’Malley’s favor.

While speaking to Steve-O on episode 42 of his podcast Chattin Pony, surging UFC lightweight Paddy Pimblett offered his take on the fight.

‘The Baddy’ sees the matchup as a win for ‘Sugar’ regardless of whether he was to get the “W” or not. After Steve-O expressed his concern about UFC pairing O’Malley against Yan, Pimblett said:

“As I said, though, it’s a win-win. Because even if he [O’Malley] loses, everyone’s going to be like ‘Oh give him his due…'”

Steve-O continued to stress that the UFC could have matched up Sean O’Malley against a few other names before pairing him opposite a killer like Petr Yan. However, Paddy Pimblett explained why he believes the fight is favorable for O’Malley even if he loses:

“I just think that really it’s a win-win for him [O’Malley]. As long as he doesn’t get knocked out, you know what I mean?… That’s what I mean, he could [win], he’s got that power, he can knock someone out…”

It’s no secret that ‘Sugar’ loves to strike and is highly adept at it. O’Malley built a reputation for walk-off KOs owing to his precise striking that comes with both volume and power. That said, Yan is a brilliant striker himself and has even achieved the rank of ‘Master of Sport’ in boxing in his home country of Russia.

While speaking to Full Send MMA, Sean O’Malley stated that, similar to all his fights, he intends to drop ‘No Mercy’ on the canvas and walk away with a finish. Acknowledging Petr Yan as one of the best pound-for-pound fighters on the planet, ‘Sugar’ said:

“Every time I get into a fight, the goal is put him face first, knock him out. I want to get the finish, that’s always the goal. Petr is one of the top pound-for-pound fighters in the world in my opinion. The dude’s legitimate, real deal, No.1 contender. I’m going to go out there and do what I need to do to get the job done. But, ideally I’m putting him face first.”