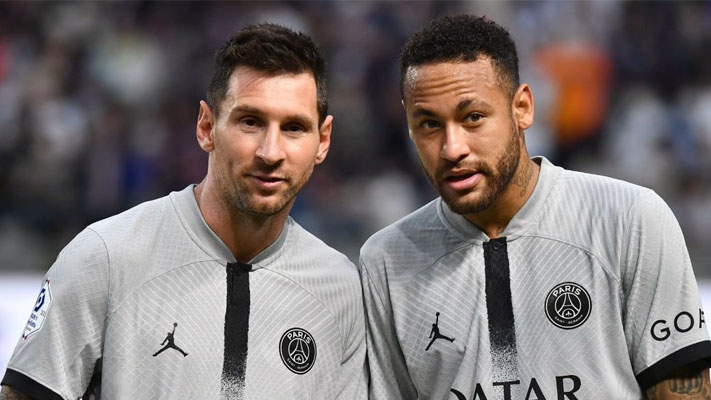 Paris Saint-Germain (PSG) full-back Achraf Hakimi has praised Lionel Messi’s following his assist for Neymar Jr. against Brest. The French giants recorded a narrow 1-0 win against Brest to maintain their unbeaten start to the 2022-23 season.

Messi’s incredible assist for Neymar was the highlight of the game. The Argentine skipper picked up the ball from midfield and lobbed it for his former Barcelona teammate who slotted the ball into the far corner.

The PSG squad, especially the attackers, have been questioned for their lack of cohesion amongst each other. It all started with a reported feud between Neymar and Kylian Mbappe over a penalty during a Ligue 1 encounter this season.

Achraf Hakimi, however, does not doubt Lionel Messi’s lack of cohesion in the team and his assist on Saturday was the perfect example of that. Speaking after their win over Brest, the former Inter Milan wing-back was quoted as saying the following:

“When I make the call and Leo [Messi] does not give it, it is because he has seen that there is another player to whom he can pass. This is not a problem. That’s how today he made the pass to Neymar and we took the three points.”

A free-scoring PSG side toiled to a narrow 1-0 win over Brest following a 2-1 win over Juventus in the UEFA Champions League earlier this week. Prior to their game against Brest, the Parisian giants had scored 24 goals from six Ligue 1 games this season.

Neymar has been the highest contributor in attack for Christophe Galtier’s side. The Brazilian superstar has scored 10 goals and provided seven assists from just nine games across all competitions.

Since the arrival of Christophe Galtier as PSG’s new manager, Lionel Messi has been deployed slightly deeper in attack. This change has helped other forwards in the team to flourish and score goals for fun.

Messi has contributed seven assists from nine games for the Parisian giants across all competitions. He has even scored four times this season, including a brace against Clermont Foot in their opening game of the term.

The Argentine attacker is on course to have a great season for PSG compared to his debut season. Messi scored just 11 goals and provided 15 assists last time around.

They will next be in action in the UEFA Champions League and face Maccabi Haifa in Israel. 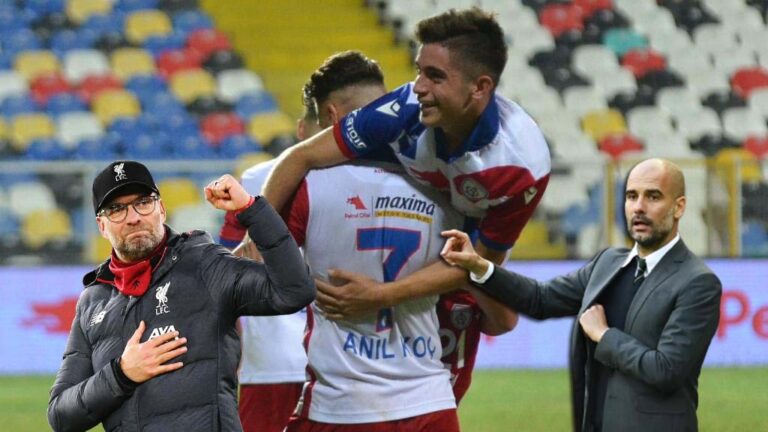 Turkish wonder Burak Ince is attracting Premier League interest. The 17 year-old attacker is currently tied to Altinordu and has been a first teamer for the past two years. Goal says Liverpool and Manchester City are tracking his progress. Bayer Leverkusen, Sevilla and Bayern Munich are also involved in the chase for the central midfielder who has impressed the onlookers with his excellent quality… 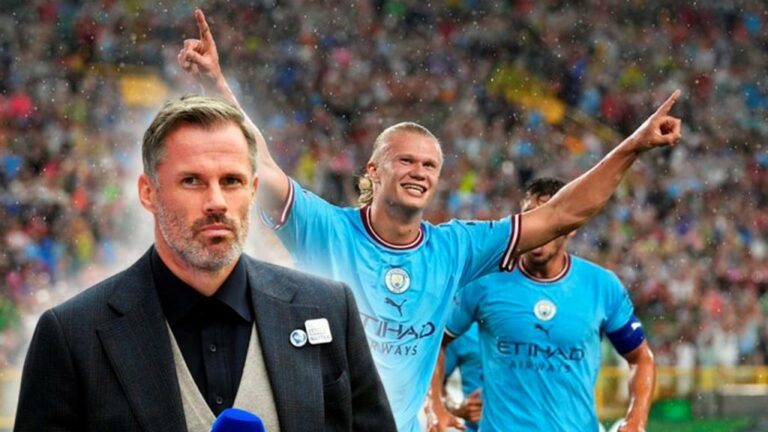 Liverpool legend Jamie Carragher doesn’t believe Erling Haaland is a ‘game changer’ for Manchester City. Pep Guardiola’s side snapped up the 22-year-old earlier in the summer after he scored an incredible 86 goals in 89 games for Borussia Dortmund. Manchester City have won four out of the previous five seasons of the Premier League. The… 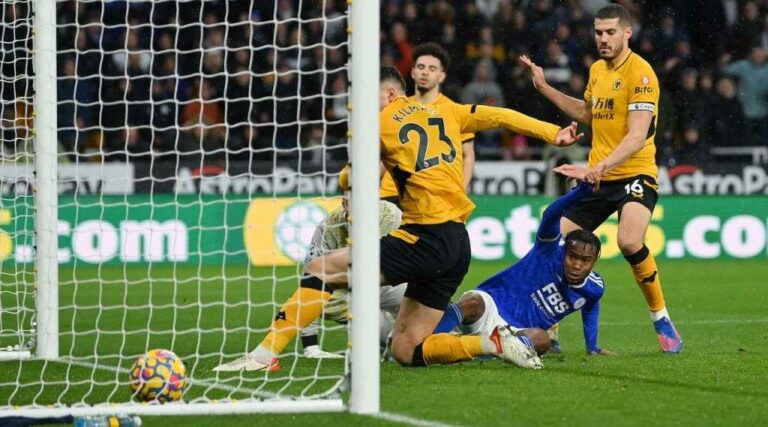 Daniel Podence’s magical second-half strike lifted Wolverhampton Wanderers to a 2-1 victory over midland rivals Leicester City, who are now winless in five Premier League (PL) matches, for what is officially their worst run under Brendan Rodgers’ three-year tenure. The visitors’ last away PL clean sheet had come 378 days ago at Molineux, with the… 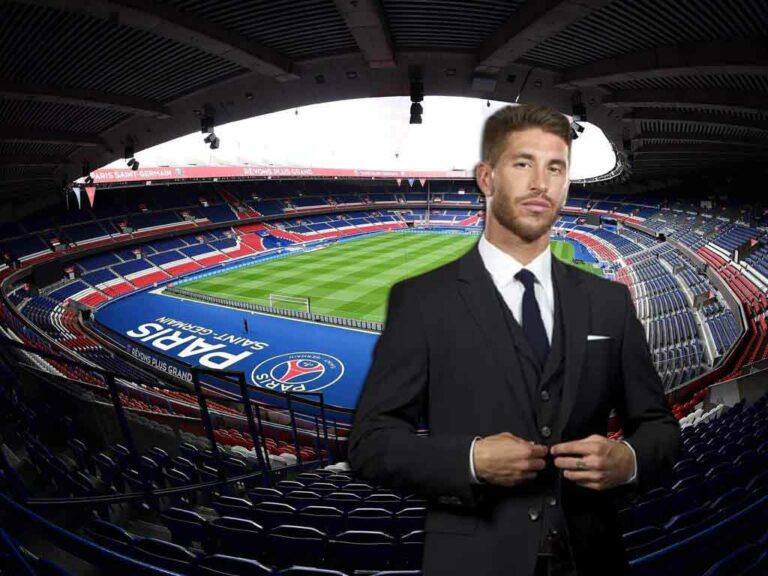 Sergio Ramos agrees to sign for PSG after rejecting two English clubs. Sergio Ramos has agreed to join PSG on a two-year deal. The Spanish legend has been available on a free transfer after his contract expired with Real Madrid. Multiple clubs from around Europe were interested but PSG have won the race for his signature…. 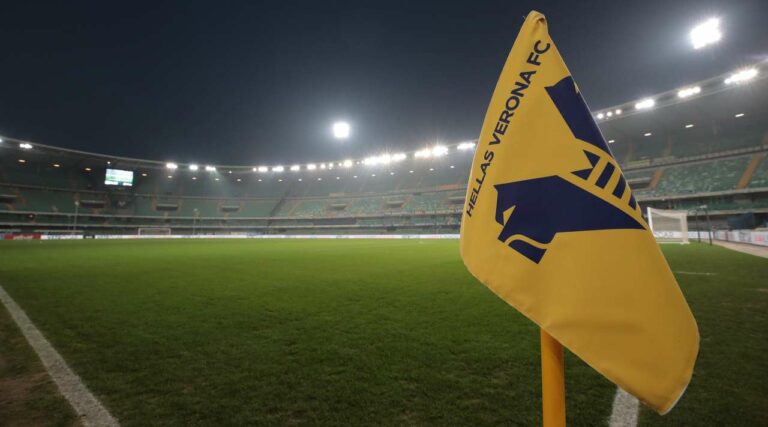 [vc_row][vc_column][vc_separator color=”green” style=”shadow” border_width=”10″][vc_column_text] Barcelona captain Lionel Messi is training separately from the team due to a minor injury. – Messi has a slight injury to the right quadriceps. On Friday, he trained individually, performing special exercises to avoid unnecessary risks eight days before the first game of Barcelona after a pause due to the…