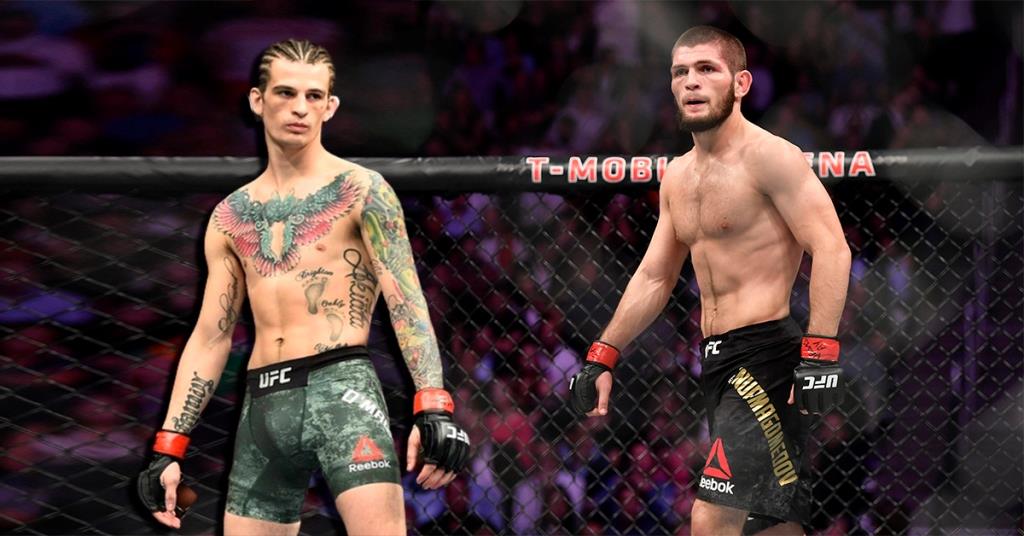 Sean O’Malley has joked that he would easily beat Khabib Nurmagomedov in a virtual boxing matchup.

Nurmagomedov, the former UFC lightweight champion, boxed with Max Holloway in a virtual reality fight organized by Legionfarm NFT a few days ago. ‘The Eagle’ won the bout via knockout in the virtual fight, which was the first-ever fight in the Metaverse.

During an episode of The BrOMalley Show, O’Malley claimed that there was no way Nurmagomedov could beat him in a virtual boxing bout. ‘Suga’ said:

“That was real? I saw like a tweet. And Khabib won? Khabib, there is no way you can virtually beat me. I will f**k you up. I wonder if they got paid fat cheddar from the company whoever, probably. Damn, that is sweet though.”

Khabib Nurmagomedov’s longtime AKA (American Kickboxing Academy) teammate and friend, MMA legend Daniel Cormier, provided commentary on the fight. Max Holloway scored just one knockdown in the bout. The Hawaiian got knocked down multiple times before finally being beaten via KO by Nurmagomedov.

You can watch the Metaverse fight between Khabib Nurmagomedov and Max Holloway in the video below:

Sean O’Malley is confident that he will cross paths with Marlon Vera again. Vera remains the only fighter to have a win over O’Malley, albeit the legitimacy of his victory is debatable.

In a video posted to his YouTube channel, O’Malley was asked about potentially running it back with ‘Chito’ in the future, to which he replied:

Watch Sean O’Malley give his take on a potential rematch with Marlon Vera below:

O’Malley took on Marlon Vera in August 2020 in Las Vegas. Vera landed a leg kick in the first round that hit the peroneal nerve in O’Malley’s calf. This caused the ‘drop-foot’ phenomenon – something we’ve seen only a handful of times in the octagon.

While Vera’s strike clearly caused the injury and he deserves all the credit, the question regarding which fighter is more skilled is still up for debate.