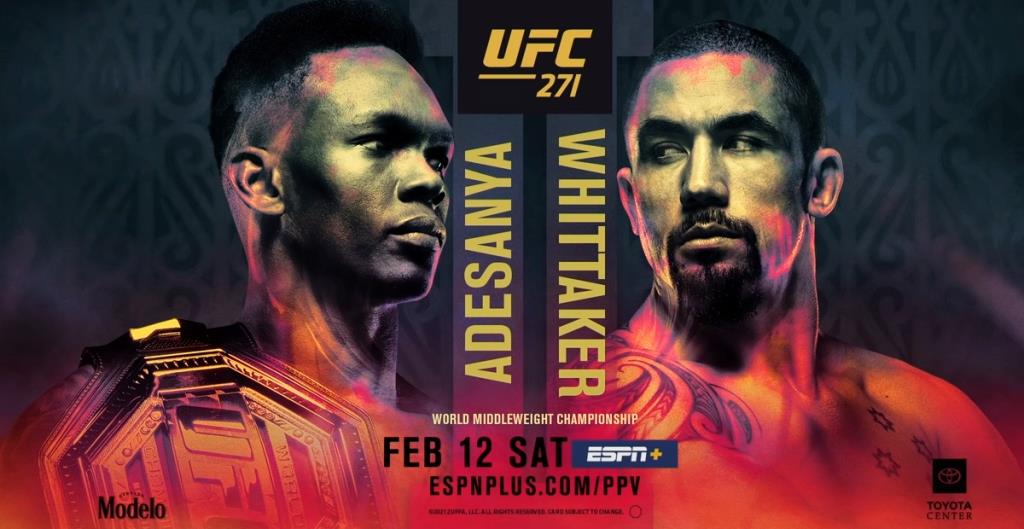 The UFC’s second pay-per-view of 2022 takes place this Saturday, February 12, at the Toyota Center in Houston, Texas.

Israel Adesanya vs. Robert Whittaker 2 is the headline bout of the UFC 271 fight card and is shaping up to be yet another fascinating title fight rematch. Adesanya claimed the middleweight title in October 2019 when he defeated Whittaker by second-round KO. Since then, Adesanya has defended the title three times.

Whittaker worked his way back up to a title shot after securing consecutive victories against Darren Till, Jared Cannonier, and Kelvin Gastelum, all by unanimous decision.

The UFC 271 co-main event is highly-anticipated by fight fans as Derrick Lewis and Tai Tuivasa will stand toe-to-toe in what should be a brilliant matchup between two hard-hitting heavyweight fighters.

Adesanya vs. Whittaker, Lewis vs. Tuivasa, and the entire UFC 271 fight card will stream live only on ESPN+ PPV this Saturday night.

Existing ESPN+ subscribers can purchase the UFC 271 live stream for $74.99.