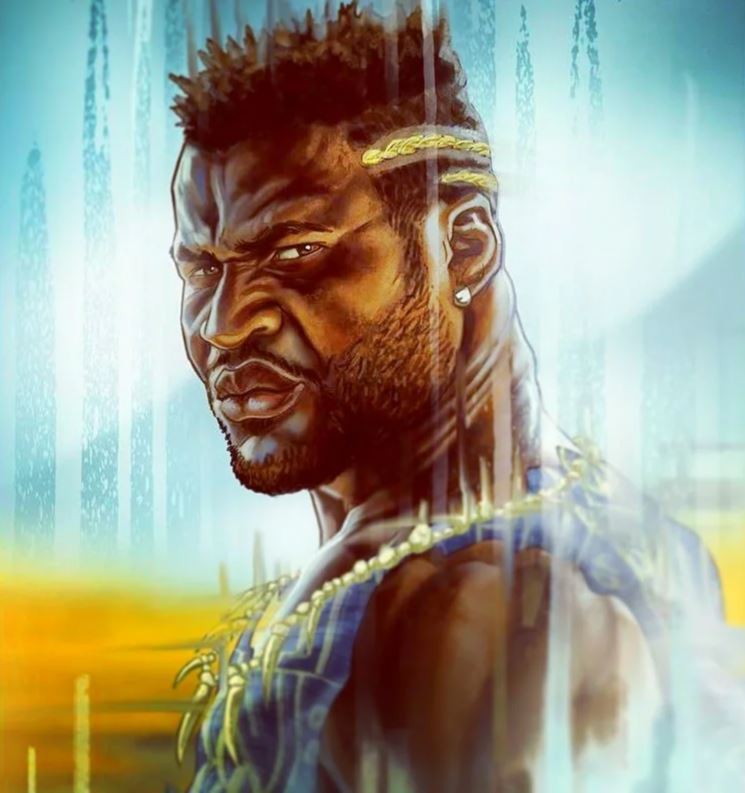 Poverty is a state of mind that obstructs our desires. But if a person goes to his goal no matter what, then sooner or later these obstacles will be destroyed and success will be achieved. This is exactly what happened to the famous Franco-Cameroonian MMA fighter Francis Ngannou. Today, the fighter, known for his brutal knockouts, occupies the first line of the UFC ratings in the heavy weight category.

Many experts claim that the African has the hardest hit of any fighter in the world, regardless of the type of martial arts.

The future MMA star was born and raised in the village of Batié in the Republic of Cameroon. Francis Ngannou was so poor that he could not even afford a pen and a study bag. Young Francis made two-hour trips daily to get to class.

The Ngannou family knew firsthand what hunger was. In his youth, this guy often had to rummage through trash cans in search of discarded food leftovers.

“To find leftover food in the trash can, you need to go to the market at night. Sometimes you had to argue with a rat in the trash:” Get away from this rotten tomato, it’s mine, not yours. “It was a terrible sight.”

Ngannou has always dreamed of becoming a professional boxer. At 22, inspired by the fights of Mike Tyson, Francis began boxing while also working as a motorcycle taxi driver.

After three years of training and an unsuccessful search for a manager, Ngannou decided to emigrate to France to pursue his dream of becoming a professional boxer.

Living on the streets of Paris and interrupting temporary jobs, Francis Ngannou managed to find a mixed martial arts hall.

Since in this sport it was easier to find fights that paid for, Francis decided to try his luck and plunged into training.

Soon my acquaintances from Cameroon saw me on TV. They called me and texted me: “We see someone on TV who looks like you but has dreadlocks.

This guy is exactly like you! And I said, “Maybe this is me.” After a few fights, they said: “Damn, you fight so cool, was all that“ shit ”with boxing that you did serious ?! They just didn’t believe in my success.
-Francis Ngannou

After five impressive wins and one defeat, Ngannou signed with the UFC. Francis notes that at first he didn’t even know the rules.

The athlete understood that victory is his only chance for success in life. Motivated by the desire to “break out into the people,” the African simply went out and knocked people out in the first rounds.

“When I come to my homeland, I always return to the places where I worked. It makes me remember the pain that I experienced. I hated these places and my life.

I go back there to recharge my life fuel. This motivation helps me move on. I am glad that people in my village are using my life story as a way of inspiration. “
-Frances Ngannou