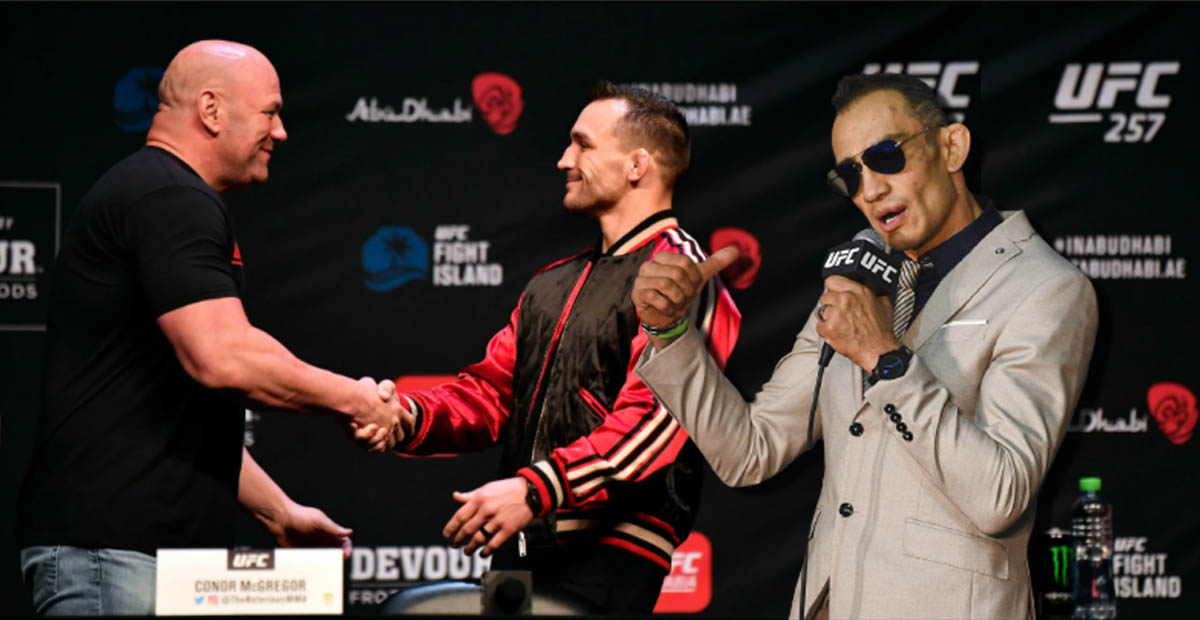 Tony Ferguson expressed his dissatisfaction with Dana White and Michael Chandler. Ferguson is not happy with the fact that Michael Chandler was placed in a championship fight after winning only one contest in the UFC.

‘El Cucuy’ recently uploaded a post to his Instagram account where he has seemingly taken a dig at Chandler as well as UFC president Dana White in the caption.

In the post, Ferguson highlighted the fact that ‘Iron’ got a title shot after just one fight. Ferguson, meanwhille, had to build a 12-fight win streak in the lightweight shark tank and still wasn’t offered a shot at the undisputed title.

Rumors of a potential lightweight banger between Ferguson and Chandler have been flying around the MMA world.

Both fighters have gone on social media to express interest in fighting each other.

“I feel like this is the right type of matchup because when you get Oliveira, you get Gaethje back-to-back, these are championship-level fighters. Now, understand that Chandler has championship aspirations but after a couple of losses, you got to take a step back. And Tony Ferguson today, at 37 years old, on a losing streak as he is, is not one of those guys anymore. So a good performance can put him back on where he wants to go.”