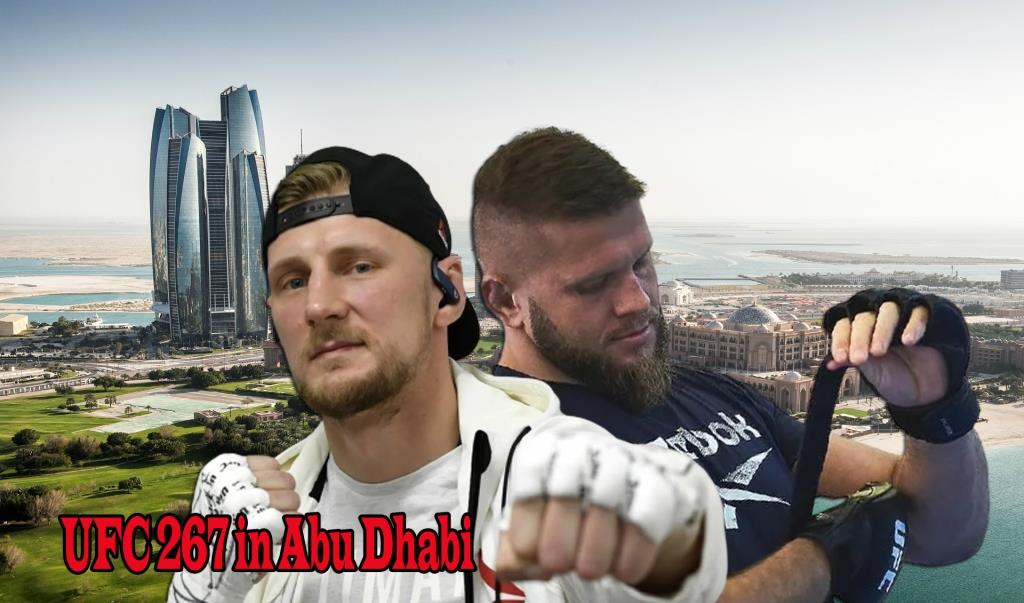 UFC 267 will take place in Abu Dhabi and will be headlined by a light heavyweight fight between champion Jan Blachowicz and long-time UFC veteran Glover Teixeira. As the fight card draws closer, the UFC has been announcing several exciting fights for the card. The most newest one being a heavyweight fight between Marcin Tybura and Alexander Volkov.

Recent reports propose that a heavyweight encounter between the two men is all but a done deal. As Volkov and Tybura sit at number 5th and 8th in the UFC’s heavyweight division, they will be hungry for the win to advance in the rankings. The fight card also features the likes fighters of Islam Makhachev, Rafael dos Anjos, and Khamzat Chimaev, among others. The card will take place on October 30th.

Marcin Tybura came into the UFC as a champion in another organization. ‘Tybur’ was the M-1 world heavyweight champion. The UFC signed him after his first successful title defense and he made his promotional debut in April 2016. Tybura lost on his UFC debut via unanimous decision.

From November 2017 to September 2019, Tybura went through a tough spell in the UFC. He lost four of five fights in the UFC and was on the verge of being cut. However, in February 2020, Tybura bounced back with an impressive unanimous decision win over Sergey Spivak.

He then won his next four fights and is currently on a five-fight win streak. Now, if he can secure a win over Volkov, he will be able to break into the top-5 of the heavyweight rankings. Volkov, on the other hand, is 3-2 in his last five fights. ‘Drago’ secured a win over Greg Hardy before being dominated by Curtis Blaydes in his next fight. Volkov then won his next two fights with devastating stoppages over the likes of Walt Harris and Alistair Overeem.

In Volkov’s most recent exit to the octagon, Ciryl Gane, who is fighting for the interim belt this weekend, outpointed him. Now, if ‘Drago’ were to win the fight against Tybura, he would not only bounce back into the win column, but he would also firmly set up himself as one of the best at heavyweight once again.