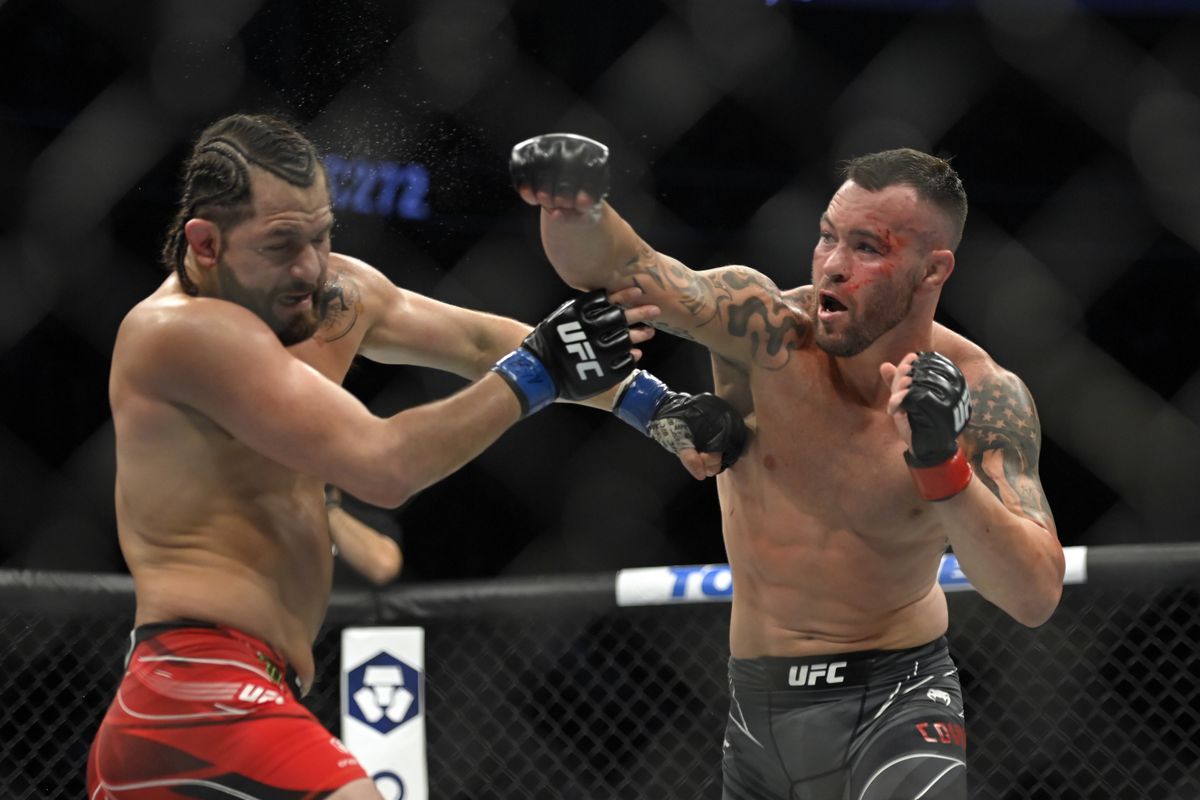 Colby Covington picked up one of his biggest career wins yet when he dominated Jorge Masvidal in their heated grudge match at UFC 272.

Following his unanimous decision win, Colby Covington opined that ‘Gamebred’ is no longer relevant in the sport.

The Californian also ridiculed his bitter rival for his previously scheduled bout against Leon Edwards – a fight that never came to fruition. The outspoken welterweight further stated that Masvidal should thank him for his recent main event spot at the pay-per-view event.

“The guy [Masvidal] is irrelevant. I don’t want to hear any more about him. He was lightning in a bottle. [He] shouldn’t even have been here in the first place, but he’s lucky he got the main event tonight. Because they were going to bury him on the card. He was supposed to fight Edward Scissorhands three fights down, you know? I brought him to a main-event pay-per-view fight, so he should be thanking me and count his chickens.”

Leon Edwards, who is expected to be the next challenger for the welterweight title, was set to face Masvidal at UFC 269 last December. However, the fight had to be scrapped after ‘Gamebred’ pulled out due to injury.

Colby Covington has let it be known that he wants Dustin Poirier to be his next opponent. However, the 34-year-old explained that he has unfinished business with Kamaru Usman and his potential clash with ‘The Diamond’ is just a tune-up fight.

Speaking at the UFC 272 post-fight press conference, here’s what the California native said when asked about a potential third bout with the welterweight champ:

“I got unfinished with him [Usman]. When I left the arena in MSG, all the fans knew I won rounds three, four and five. But he’s going to be out for a while, he’s got that hand surgery. So, I figure I’ll get another tune up fight with Dustin Poirier.”

Prior to his recent win over Jorge Masvidal, Colby Covington was coming off a close, unanimous-decision loss to welterweight champion Kamaru Usman at UFC 268. ‘Chaos’ has won nine of his last 11 fights in the promotion, with both losses coming to 170 lbs champion Kamaru Usman.