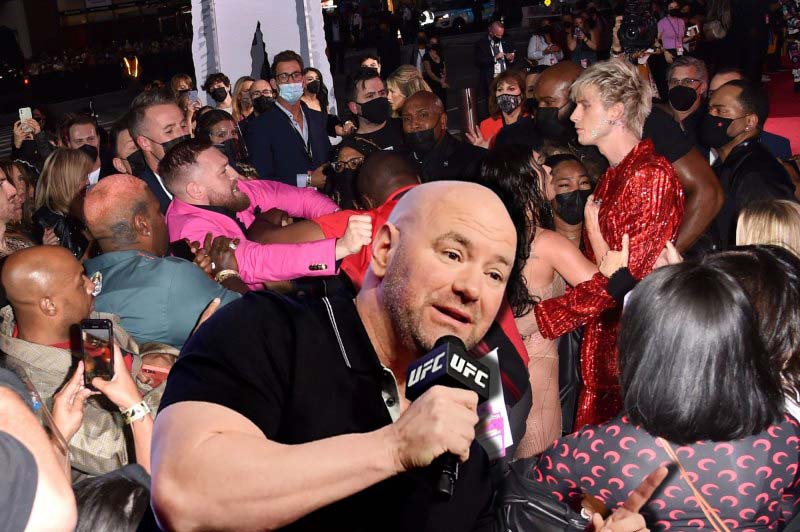 UFC President Dana White commented on the brawl between the former champion of the promotion in two divisions Conor McGregor and the famous rapper Machine Gun Kelly at the MTV Video Music Awards ceremony.

Dana White spoke to both sides involved in the recent red carpet skirmish. Although the reason for their clash is still unclear, the UFC president spoke with both McGregor and MGK, who often attends the promotion’s events as a guest.

“I talked to both. actually,” White told reporters in attendance at the UFC Apex following Tuesday’s Dana White’s Contender Series 39 event. “They’re all good now. It was a misunderstanding, or whatever it was.”

On Tuesday, McGregor said he holds no hard feelings towards MGK following their interaction, but his behavior outside of the cage between fights has raised a few flags considering his history of incidents in the past.

“Guys, this is the fight business,” White responded when asked if there was concern about McGregor’s behavior. “I got 700 lunatics under contract here. What do you guys think – these are the things that happen sometimes. This isn’t Microsoft. We’re in a crazy f*ckin’ business here.

“There’s all the sh*t that you guys know about because it happens in public,” White continued. “Nevermind the sht you don’t know about that happens every day.”