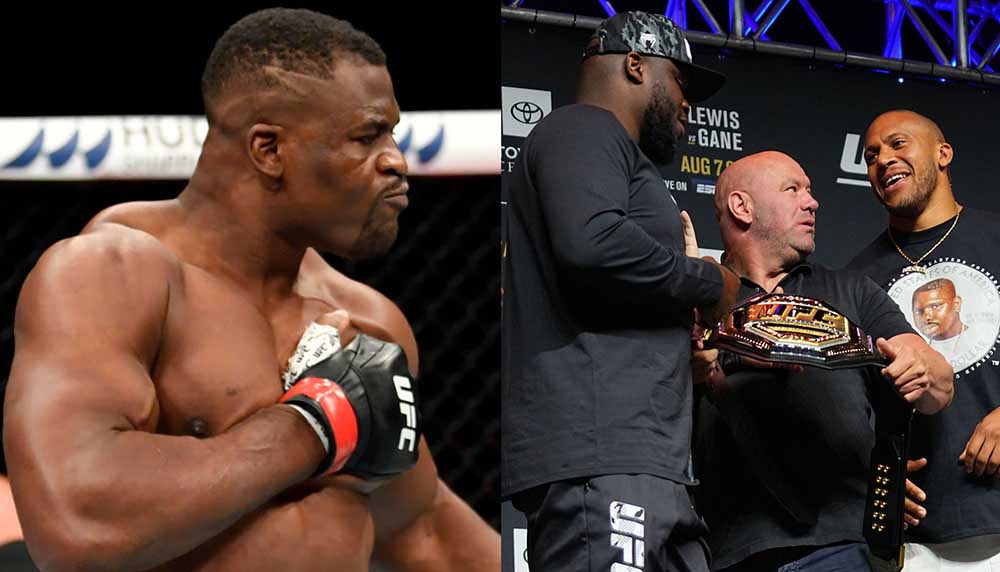 The president of the UFC, Dana White, believes that the fight of Francis Ngannou with the winner of the fight between Derrick Lewis and Ciryl Gane will be equivalent to the unification of titles in boxing, but the current UFC heavyweight champion considers this comparison not quite appropriate.

“I heard Dana White said that it would be like combining the IBF and WBC titles in boxing, but this is not true – we have one organization, and one title, the UFC title,” the “Predator” Francis Ngannou said in an interview with Sirius XM. “If we answered the Bellator or PFL challenge, then it would be a unification of titles. I was waiting for a fight, but instead they decided to introduce a temporary title. This was a big surprise, because the temporary title in the heavy division was not introduced, even when Stipe was inactive for a long time – such a possibility was not even considered”

“It turns out that when it comes to me, you should not expect anything good from them for me, although I think as a UFC champion I deserve a little respect. Anyway, it doesn’t surprise me anymore. After all, I’m still a champion, and this is my title – I deserved it, no one gave it to me. What they are doing now does not matter at all. If someone says that I don’t want to fight, this person has no idea what he is talking about.”

Recall that the fight for the interim UFC heavyweight title between Derrick Lewis and Ciryl Gane will be the main event of the UFC 265, which will be held on August 7 in Houston.