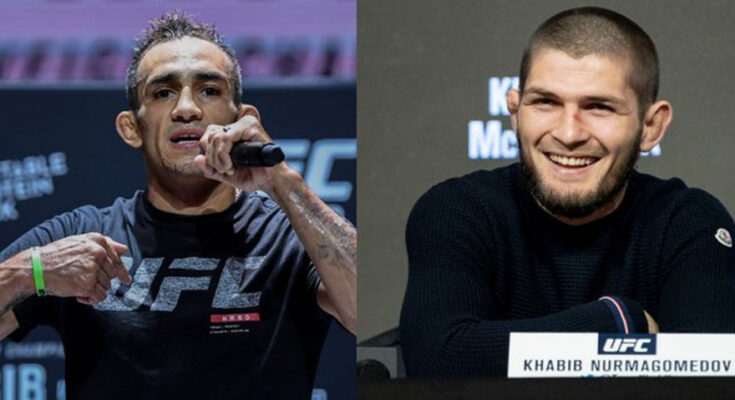 Former UFC lightweight champion Khabib Nurmagomedov said he doesn’t dislike Tony Ferguson, but doubts he will ever work with the American fighter as a competitor’s mentor on The Ultimate Fighter show or as a promoter.

Khabib Nurmagomedov recently offered a brutally honest assessment of Tony Ferguson and his aptitude for business outside of cage-fighting. He asserted that it’s high time ‘El Cucuy’ considered alternative methods of earning a living given his advancing age.

Competing against youthful and ambitious fighters doesn’t seem like the ideal situation for him, per Nurmagomedov.

Khabib Nurmagomedov has responded positively to Tony’s call, but if the UFC management does not agree, he is ready to make a counter offer to Ferguson.

“Tony I like the idea about TUF, call your bosses and let them make an offer, but if they don’t have ideas, I myself will offer you a deal on the @EagleFightClub platform, we doing some business here you know.”

He argued, however, that Ferguson was not smart enough to do business with him personally. The Dagestani offered further insight into the same while in conversation with MMA Underground’s John Morgan ahead of the upcoming Eagle FC 47 fight card.

“I don’t hate this guy, you know. I like him. But he have little bit brain problem, I think. This is my opinion, you know. But for him, this is good. Because, like, he’s 38 he don’t need to compete with all these lions, you know. They young, they’re hungry, like, he’s like 38, just come with me, make money, do like some Ultimate Fighter show, be coach, be nice, you know. For him, for his kids, for his family, is gonna be better. But I don’t think he is smart enough to do business with me.”