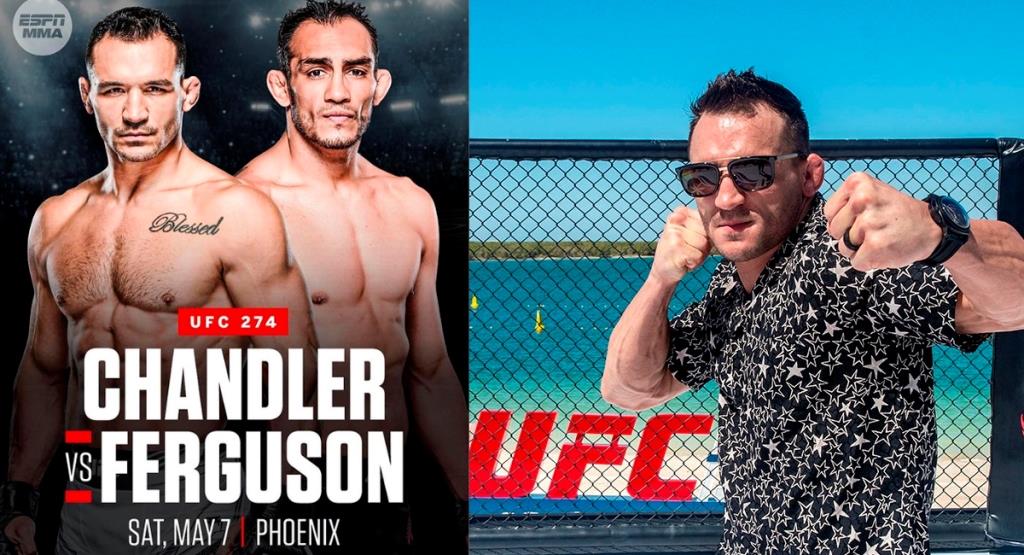 Former UFC lightweight title contender Michael Chandler said that if he beat Tony Ferguson , he will try to arrange a rematch with Charles Oliveira or Justin Gaethje.

Here’s what the 5th number of the lightweight rating said in a recent conversation with Morning Kombat:

“Honestly, I think there’s a couple of different options after this fight. Obviously, with a win, I think I go out there and beat Tony Ferguson. But I think there’s not a mixed martial arts fan alive, a combat sports fan alive that doesn’t want to see me rematch Charles Oliveira or Justin Gaethje.”

“So, either way the winner of the main event on May 7, I think everybody wants to see me fight those guys, especially Justin Gaethje in a five-round title fight, are you kidding me? That is must-see TV, it’s gonna be a huge pay-per-view.”

Michael Chandler is keen to rematch either Justin Gaethje or Charles Oliveira after UFC 274. He believes a title fight in a rematch with Gaethje will produce yet another classic after the duo engaged in a battle for the ages at UFC 268.

However, he has more than just the lightweight title in mind. ‘Iron’ is also interested in a fight against Conor McGregor just because of the magnitude of what the Irish star will bring to the contest.

Nate Diaz, Dustin Poirier, Jorge Masvidal, and Colby Covington are some of the other names on his list. Chandler stated:

“I want a huge fight and the most amount of eyeballs. There are couple of other guys with huge names and huge reach inside the sport. Diaz, Poirier, Masvidal, Covington. I know some these guys are welterweights. I am by no means a small lightweight, nor do I like to make 155.”