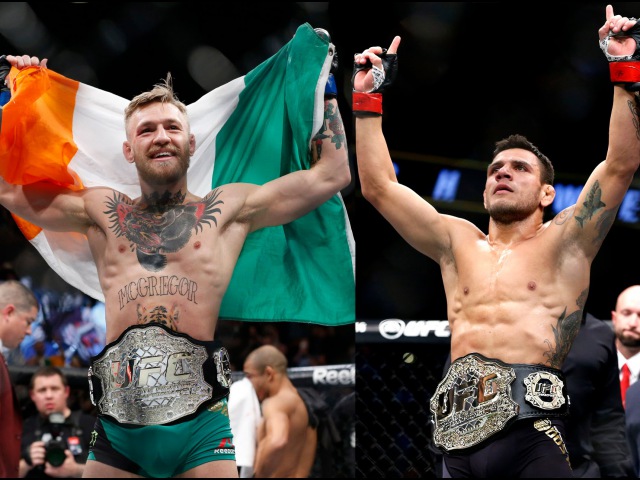 Former UFC lightweight champion Rafael dos Anjos thinks he is still on Conor McGregor’s radar when the Irish fighter returns to the ranks.

Rafael Dos Anjos is going to fight Islam Makhachev at UFC 267 next month, which could potentially become the winner of the 155-pound title. As for McGregor, he is currently sidelined, injured after breaking his leg at UFC 264 against Dustin Poirier. While McGregor will be out for up to one year due to injury, he has promised that he will do everything in his power to return to the Octagon, and dos Anjos believes that he will indeed return.

According to AG Fight, Rafael dos Anjos explained why he believes that McGregor will return again, why he believes that the Irishman will want to fight him when he returns. As for dos Anjos, the clash between dos Anjos and McGregor at UFC 264 is proof that he is still on McGregor’s radar for a potential future fight between the two former champions.

“I think he comes back. A lesion that is bone, it was nothing to articulate. The ‘Sledgehammer’ (Thiago Santos) blew the ligaments in his knee and went back to fighting. It’s just like when I broke my jaw. It’s bone to bone, glued, it’s gone. It was a bad injury, but it will be stronger than it was. I believe he’ll come back, do some fights and I’m a guy who should be on his radar. He’s a guy who picks his fights and decides who he’s going to fight. There was a disagreement at the weigh-in with me, he came walking behind me to slap me on the head, or do something, but I saw it out of the corner of my eye and stood up, there was stress,” dos Anjos said.