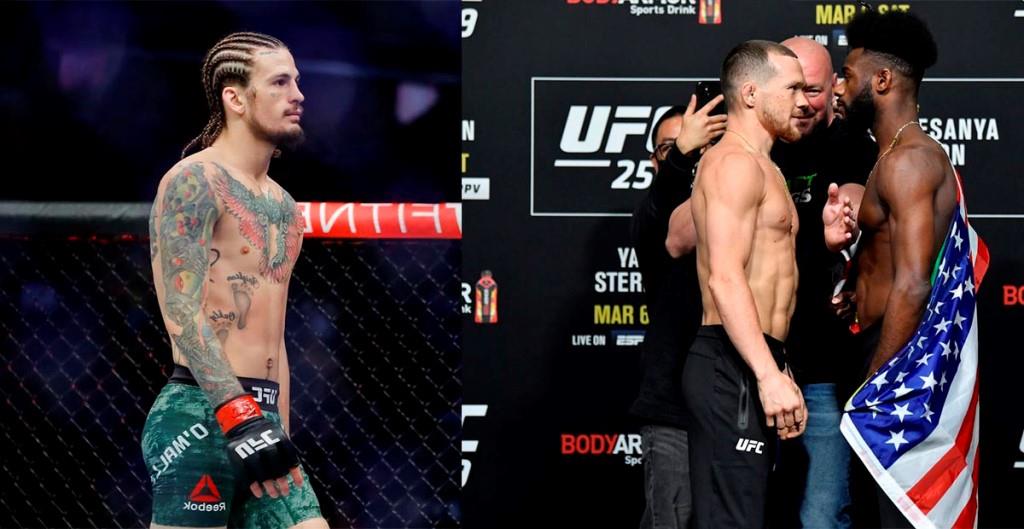 Sean O’Malley has given his prediction for the upcoming bantamweight title unifier between Aljamain Sterling and Petr Yan.

The highly anticipated rematch is scheduled to take place at UFC 272 on March 5.

O’Malley believes Sterling is a high-level fighter who went in with the wrong gameplan into his first encounter with Yan. He feels ‘Funk Master’ possesses the skillset to emerge victorious in the rematch but may require a change of approach.

During a recent appearance on Michael Bisping’s YouTube podcast, ‘Sugar’ had this to say about the bantamweight title fight:

“Aljamain Sterling is smart, he is not a stupid guy. He is very very high level… I think he went in with the wrong gameplan. He went in there and gassed out in a couple of rounds. If you watch Petr’s Yan fights, you know he’s gonna cruise for a little bit… try to figure out and then start putting the pressure in the later rounds… Aljamain Sterling’s got to see that, got to recognize that and come in with a different gameplan. I think Aljamain has skills and… he could beat Petr.”

Petr Yan was cruising through the first encounter with Aljamain Sterling before an illegal knee brought the fight to an unfortunate end.

During a recent interview with SiriusXM, Sterling’s coach Ray Longo revealed that he won’t be altering the gameplan much going into the rematch.

However, Longo realizes that certain changes are required for Aljamain Sterling, going by the first fight:

“Believe it or not, I’m going to say the game plan there’s not going to be much different. You see, Yan’s pressure was incredible even for a Sandhagen guy who thinks he’s an amazing fighter, and it was definitely a fierce battle, but Yan won. He proved that he could go hard for five rounds. It’s a fight for me. It’s Petr Yan’s pressure on Aljo’s movements and angles, and obviously his submission is great when on the floor, but it didn’t look good in the first fight, so a few things need to be changed.”

Aljamain Sterling became the first fighter in UFC history to win a title via disqualification. He was deemed unable to continue after being struck by an illegal knee during the fourth round of his title fight against then-champion Petr Yan in March 2021. Many still believe the Russian to be the best fighter in the division, an opinion Sterling will be looking to change on March 5 this year.