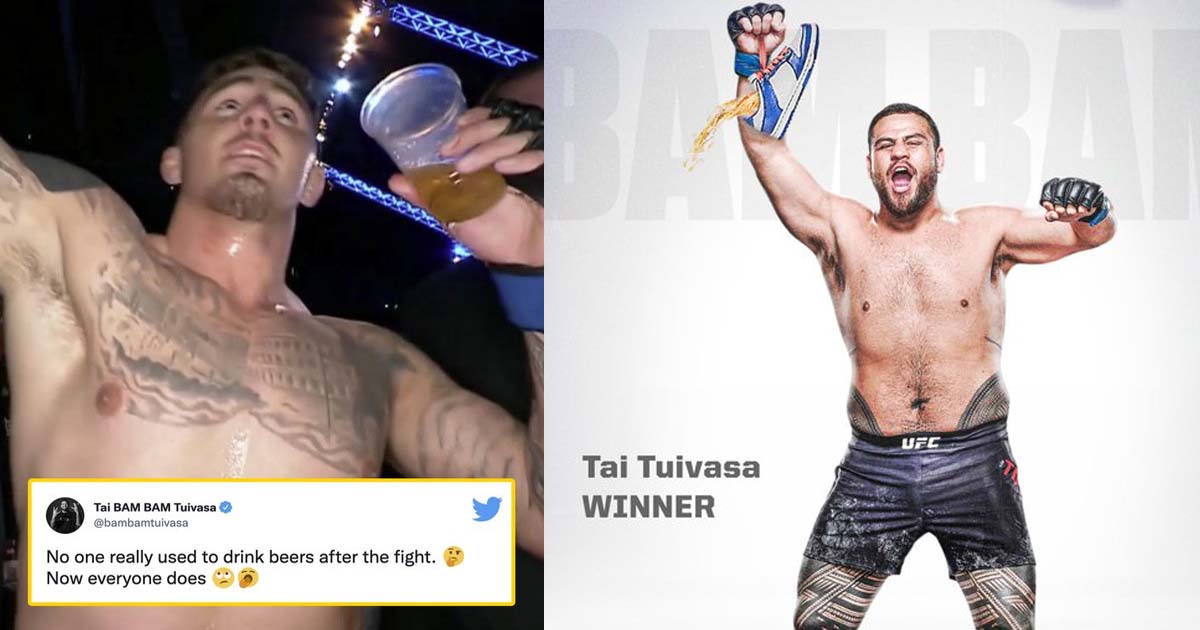 Tai Tuivasa is sticking to his original plans for a fight against Stipe Miocic despite Tom Aspinall’s callout.

Both Tuivasa and Aspinall are off to a strong start in 2022. Tuivasa was able to pull off an upset by knocking out Derrick “The Black Beast” Lewis at UFC 271, while Aspinall held it down as a favorite when he submitted Alexander Volkov in the first round last month.

After the latter performance, Aspinall went ahead and called out “Bam Bam” Tuivasa for some fisticuff and shoeys. During an appearance on FOX Sports Australia’s Main Event, Tuivasa gave his response.

“Tom’s a good fighter. I suppose he just wants to cuddle me, whatever else he wants to do,” Tai Tuivasa said.

“But if it was my choice I’d definitely love to go Stipe, you know what I mean? I think he’s on his way out, as in he’s been around for a long time.

“It’s one thing I love about fighting is I love to challenge myself, especially against the guys that I’ve watched growing up. Stipe, he’s in front of me, I think it makes sense.”

Stipe Miocic has been flying under the radar since his title loss to Francis Ngannou last year, but there are rumors that he may be the man to welcome Jon Jones to the heavyweight division later this year.

There is also a common perception based on past remarks from Miocic that he would only be interested in returning for a title fight. And some of his peers, including ranked heavyweight Jairzinho Rozenstruik, believe that’s exactly what he should do.

If Miocic does continue to sit out or if he is paired with Jones as rumored, then that leaves Tai Tuivasa with limited options, as the only other fighter ranked above him is Ciryl Gane.

In the meantime, though not a hard no, it’s safe to consider this initial response from Tuivasa to be a rejection. Although, there is currently no word on if that rejection extends to Aspinall’s proposal for the Australian to pop his shoey cherry.