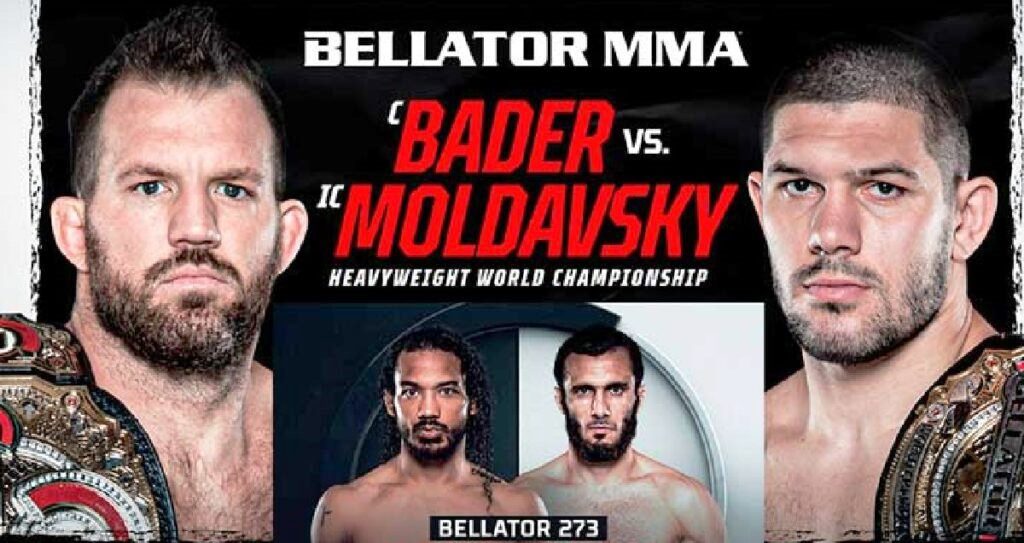 In this article you can read the details of Bellator 273 on Saturday, January 29.

History will be made in Phoenix, Arizona, when reigning Bellator heavyweight champion Ryan Bader takes on interim champion Valentin Moldavsky for the undisputed title at Bellator 273.

Bader comes into this fight on the back of a dissapointing loss to Corey Anderson at last year’s Light Heavyweight World Grand Prix and now faces an opponent who is 6-0 in Bellator.

It’s set to be an intriguing contest with both men opting to use their athleticism and cardio to win fights instead of size, but who will be the one making history at the Footprint Center this coming Saturday?

Details about Bader vs. Moldavsky.

WHAT CHANNEL/STREAM IS BADER VS. MOLDAVSKY?
U.S.: Showtime
UK: BBC iPlayer
This event will be broadcast on Showtime in the U.S. and on BBC iPlayer in the UK.

WHERE IS THE BADER VS. MOLDAVSKY FIGHT?
The fight takes place at the Footprint Center in Phoenix, Arizona.