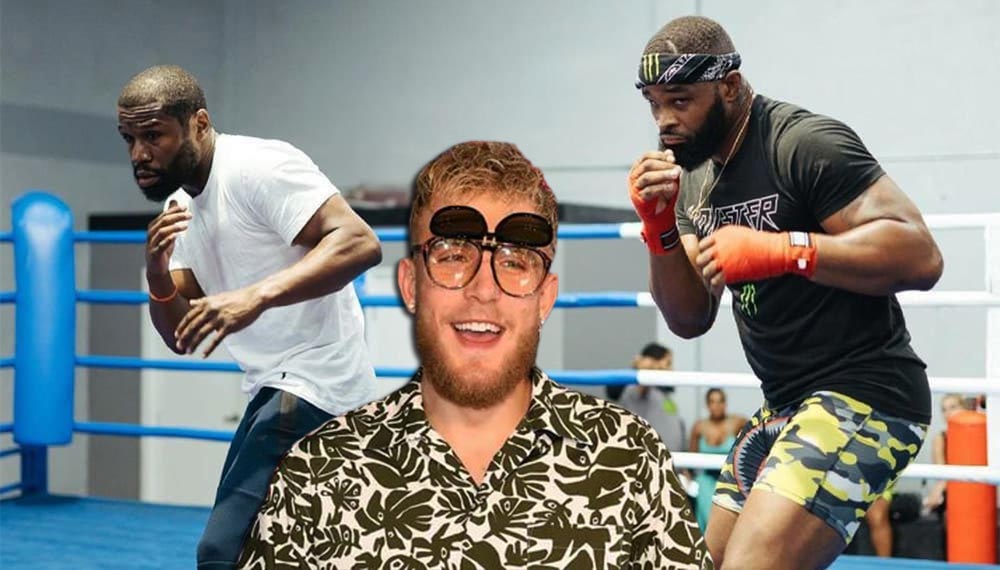 Jake Paul takes on Tyron Woodley on August 29 in Cleveland, Ohio in what marks Paul’s fourth professional boxing match and Woodley’s debut in the sport. It is expected to be one of the biggest combat sports events for summer 2021, and both men have been training hard for the fight. As part of his training camp, Woodley has been working with the legendary boxer Mayweather in an attempt to gain more boxing skills before the big fight against Paul. But if you ask Paul, working with Mayweather may ultimately prove to be a disadvantage for Woodley, as the former Disney star explained in a recent interview with TMZ Sports.

“I think it’s a disadvantage for him, actually. Him hopping around with different coaches, trying to learn different styles, that’s not how you progress in this sport. You progress with one coach, one point of attention, doing the same things over and over again, and then adding on top of that each time. And Floyd didn’t even really have a strategy to go in and beat my brother (Logan), so how is he going to tell Tyron what to do?” Paul said.

As far as Paul goes, Mayweather is a “greedy guy” who can’t stand the fact Paul is popular.

“I think he sees what I’m doing in the sport and he wants to put an end to it. He’s a very greedy guy, he doesn’t want anyone to be more popular or have more claim than him. I think he wants to see me lose. He wants to see this whole train get stopped,” Paul said.