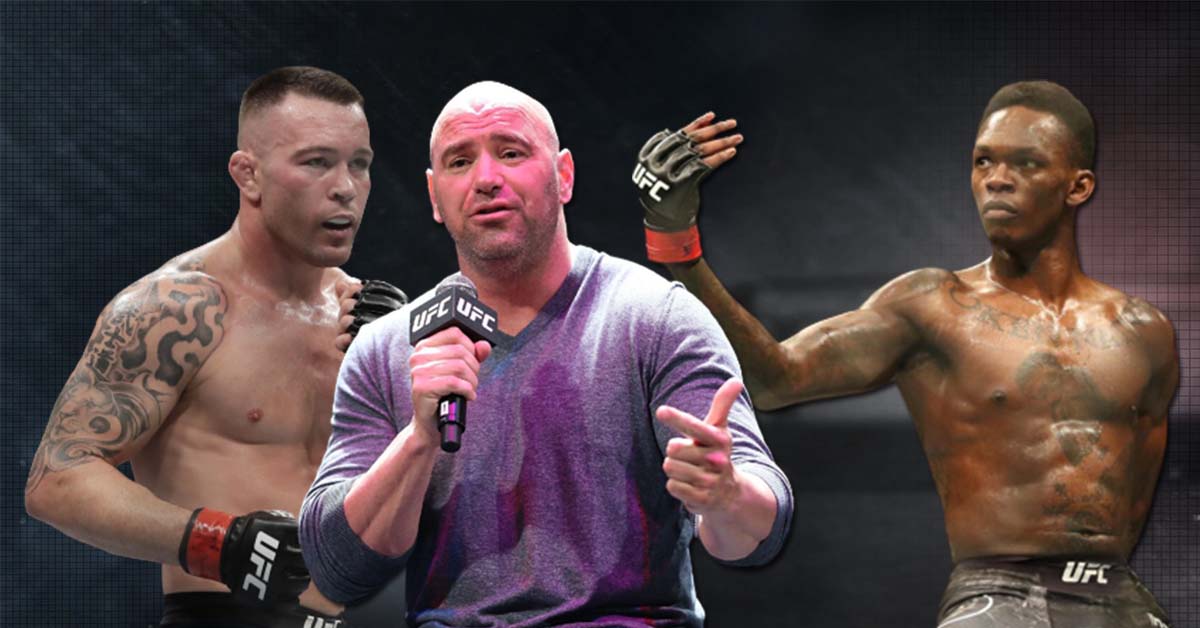 Dana White has shut down the idea of Colby Covington moving up to take on Israel Adesanya for the UFC middleweight championship.

At this moment in time, there are few pound-for-pound fighters better than Israel Adesanya in all of mixed martial arts. His ability to turn back challenger after challenger has left many wondering whether or not it’ll soon be time – after his fight with Jared Cannonier – to move up in weight and officially join the 205-pound division.

Alas, it’s not quite clear as to what the future holds for him. That is probably one of the reasons why Colby Covington is flirting with the idea of jumping up to 185 pounds to test his luck against ‘The Last Stylebender’.

The welterweight standout has had his fair share of highs at 170. However, given his ambition, it could make a lot of sense for him to pursue something new.

During a recent interview with Yahoo! Sports’ Kevin Iole, however, Dana White made it clear that he doesn’t think Covington qualifies for an immediate shot at Adesanya.

“Adesanya is a world champion. I don’t know how you jump from not beating Unman twice to Israel Adesanya, you know?” … You think he should be able to jump a weight class up to take on that champion when he didn’t beat the champion twice in his own weight class?”

Iole then suggested that perhaps he could get the shot if he wins a fight at middleweight first.

“Oh yeah, if he jumps up and beats Whittaker, that’s a whole different story – that I would do.”

What’s next for Colby Covington?

The increased talk surrounding Colby Covington this week is because he’s gearing up for a grudge match main event against Jorge Masvidal at UFC 272 this weekend. The two have gone from good friends to bitter rivals in recent years and on Saturday, they’ll finally be able to settle the score.

Covington is the favorite due to his dominant wrestling style. However, when it comes to his middleweight plans, it doesn’t really matter if he wins or loses.

A win may give him hope of taking on Kamaru Usman for a third time. However, iven that he’s 0-2 against ‘The Nigerian Nightmare’, he may instead opt to head up to middleweight with some momentum.

Robert Whittaker recaps his loss to Israel Adesanya at UFC 271