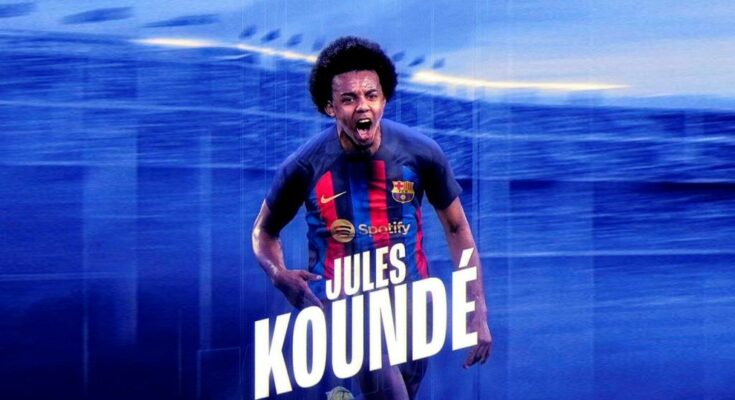 Former Chelsea winger Milan Lalkovic has claimed he is pleased that Sevilla defender Jules Kounde has chosen to join Barcelona over his former side.

According to transfer expert Fabrizio Romano, the 23-year-old centre-back is close to joining Barcelona following a lengthy transfer saga. Kounde reportedly agreed personal terms with the Catalan giants over the weekend, with manager Xavi Hernandez a key factor in his decision.

The French international has been consistently linked with a move to Stamford Bridge this summer, but has seemingly chosen to stay in La Liga with Barcelona rather than switching to London for a crack at the Premier League.

Lalkovic, who never made a senior appearance for the Blues but still clearly feels a connection to them, tweeted about his relief that a player who clearly didn’t make Chelsea his first choice is now not coming to the two-time European champions.

Kounde has become one of the most sought-after central defenders in European football following three excellent seasons at Sevilla, where he made 133 appearances. The Frenchman, who has won 11 caps for his country since debuting last year, is capable of playing at right-back as well as his preferred central defensive role.

After missing out on the Sevilla centre-back, attention now turns to who Thomas Tuchel’s side will turn to as they look to replace the recently-departed Antonio Rudiger and Andreas Christensen.

German journalist Christian Falk has claimed that Chelsea will step up their efforts to sign PSG’s 26-year-old Presnel Kimpembe, something which Alan Hutton believes will be a smart piece of business.

“He can play in a back three and that’s the way Chelsea play. I think Tuchel knows him well, he’s played under him. It’s always a help when you know each other and know what you’re game’s all about.

“They need options I think. Obviously, Rudiger went, Christensen went. That’s two spaces and they are trying to fill it. (Kalidou) Koulibaly is a massive player. So this is a team that I think are building to try and win the league. To do that you need to try and get a different level of player and for a guy who’s been there, done it and seen it and won most trophies out there, he definitely fits the bill for them.

“It wouldn’t surprise me if they tried to kick on and get him in the building.“