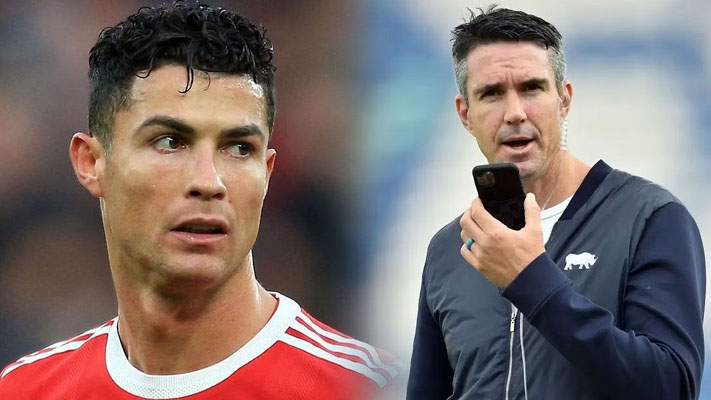 The Portugal international is currently with Selecao in Qatar for the FIFA World Cup. However, the club did not wait for his return to mutually terminate his deal on November 22.

While United will feel justified in their actions, following Ronaldo’s words in a bombshell interview with Piers Morgan, Pietersen has other ideas. Taking to his Twitter account to share his opinion, the former cricketer said:

“CR7 [Cristiano Ronaldo] has fallen on his sword for the betterment of MU [Manchester United]! His legacy at MU will show this one day and every single MU [fan] will thank him. As much as the media will try and trash him, what he’s done will be for the benefit of EVERY MU fan around the world.”

Notably, the forward lashed out at the club and manager Erik ten Hag. He also stated that Carrington had not changed since he left over a decade ago. However, according to Metro, the Red Devils have insisted that Ronaldo’s words are untrue.

The club has claimed that the pool area, cafeteria, and gym, areas that Ronaldo mentioned have stagnated, have been revamped.

Fans may not be pleased with the forward’s general interview, but many are inclined to agree with him about the poor investments in the club.

According to the Daily Mail, Ronaldo looks set to skip Portugal’s press conference ahead of their FIFA World Cup opener on November 24. The veteran striker has been Portugal’s national team captain for over a decade. However, looks set to miss out on his duties due to his recent contract termination.

Ronaldo made an emotional return to Manchester United in the summer of 2021. He managed to find the back of the net 24 times in 38 games in all competitions that season.

However, following the team’s inability to qualify for the UEFA Champions League, the striker looked to force his way out of the club.

The former Red Devils man eventually got his wish yesterday when Manchester United terminated his contract.

Ronaldo will now focus squarely on the World Cup with Portugal. He will hope to put his mediocre form for the Red Devils behind him to have a memorable World Cup that might prove to be his last as a player.