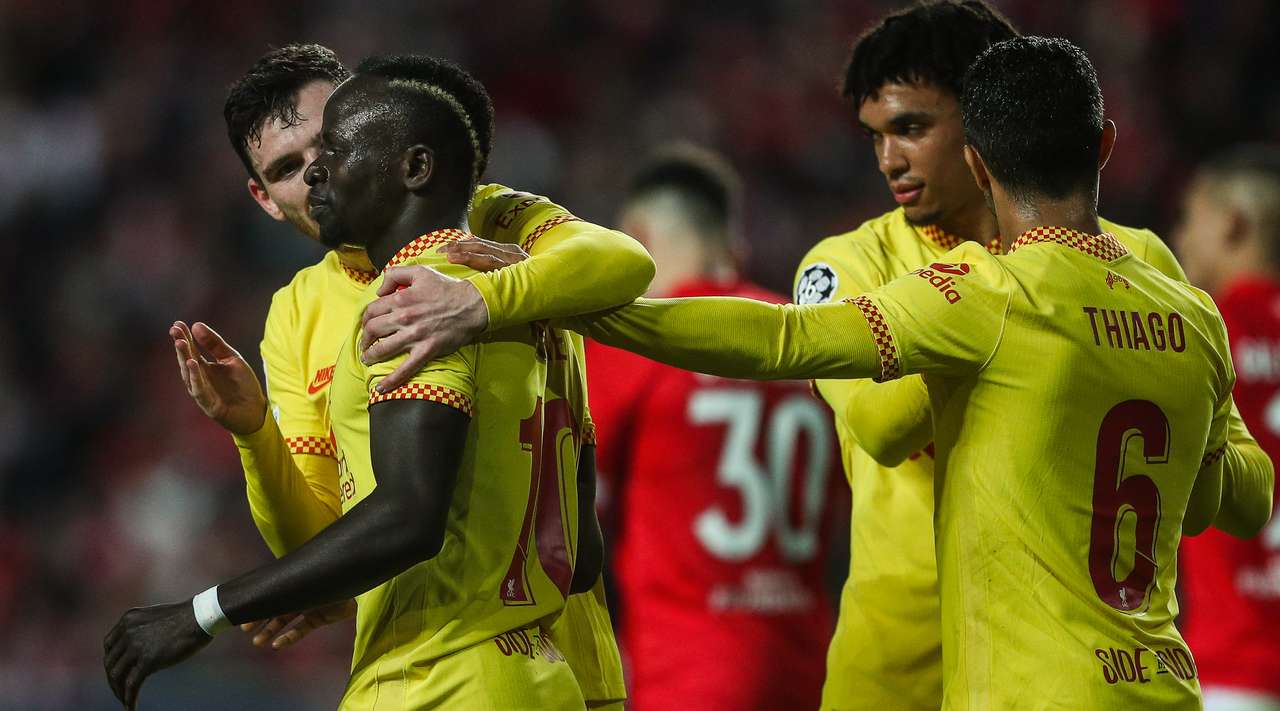 Liverpool extended their UEFA Champions League (UCL) 100% away win record as they emerged 3-1 victors over Benfica, with Luis Díaz scoring a crucial third late on against his old arch-rivals.

Still in the hunt for a coveted quadruple, Jürgen Klopp displayed Liverpool’s strength in depth as he made six changes to his starting eleven.

However, this didn’t upset his side’s rhythm one bit, as they raced into a 17th-minute lead against their hosts, who had failed to win all eight of their previous quarter-final matches. One of the visitors’ rotations, Ibrahima Konaté, opened the scoring with his first goal for the club when he got his head on the end of an Andrew Robertson corner.

‘The Reds’ weren’t finished there though, evidently eager to get one, or even two feet, in the semi-finals before their potential Premier League title decider on Sunday.

Having scored two or more goals in 14 of their 20 matches in 2022, Liverpool added another to that fine record to put some breathing space between themselves and the ‘Eagles’. It was a goal with Klopp’s gegenpressing blueprint written all over it, as Benfica lost out in midfield, and within three passes Sadio Mané tapped into an empty net.

All the momentum was with the away side, though HT came at the wrong time, allowing the hosts to regroup and come out strongly after the break.

An instant mistake by Konaté, who was faultless up until that point, allowed Darwin Núñez to pull one back and Liverpool’s control was gone as the Estádio da Luz began to stir.

At the peak of Benfica’s rally, Núñez fought tooth and nail to get his side level, though when it counted he went to ground when one-on-one with Virgil van Dijk in the box, with referee Jesús Gil Manzano seemingly uninterested.

Klopp swiftly called upon the experience of Jordan Henderson and Roberto Firmino, and the tide began to turn once again in Liverpool’s favour.

Díaz had been a thorn in the side of his old rivals from his Porto days, and it was written in the stars from him to score against them, as he rounded Odysseas Vlachodimos to roll in a vital third three minutes from FT.

The two goal advantage gives Liverpool a much needed boost before their trip to the Etihad, with only one goal in Manchester City’s tie with Atlético Madrid after their clash this evening. Meanwhile, Benfica’s dream UCL run could be coming to an end, still yet to reach the semis since the competition’s rebrand.