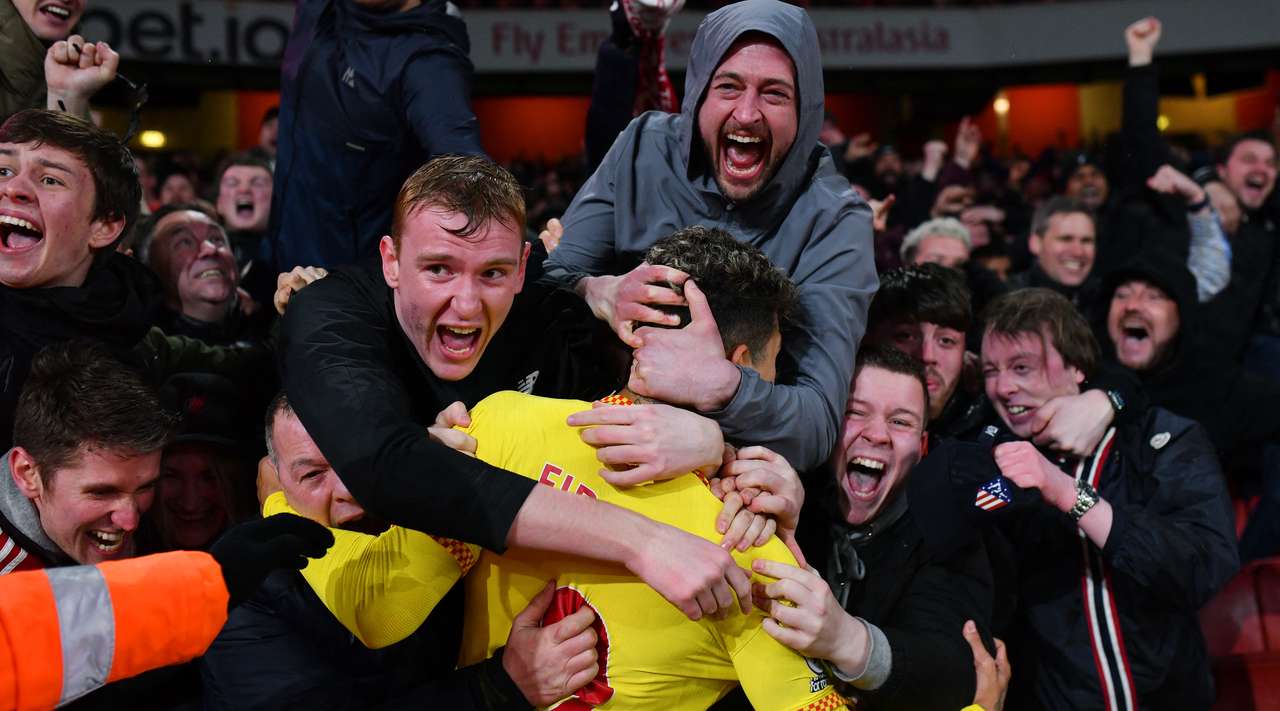 This evening marked the first Premier League game between two sides on a five-plus winning run since Liverpool’s 4-4 draw against Arsenal in April 2009, with the ‘Reds’ looking to take advantage of Manchester City’s slip-up at Selhurst Park.

Yet, even with the ‘Gunners’’ equally impressive form in mind, it was Klopp’s side who started on top, soon leading to the first chance of the game, when a corner fell Virgil van Dijk’s way, before the Dutchman’s goal-bound header was stopped smartly by Aaron Ramsdale.

Arsenal soon found the rhythm that has propelled them into top four contention, albeit without testing Alisson Becker, as Mikel Arteta’s side entered the break frustrated not to have taken advantage of their first-half dominance.

The hosts were very nearly made to pay for their lack of clinical edge in the first period just minutes into the second, when Sadio Mané slotted past Ramsdale, only for the offside flag to cut his celebrations short.

Once again, though, Arsenal were quick to respond to Liverpool’s start, finally testing Alisson with 51 minutes on the clock, with Martin Ødegaard’s close-range strike palmed away following a poor back pass by Thiago Alcântara.

Liverpool perhaps rode their luck, but with that fortune soon came the opener to undo all of Arsenal’s good work. And just like in the ‘Reds’’ previous two trips to The Emirates, it was Jota with the goal, sprinting in behind before slamming past Ramsdale’s near post, for his seventh goal in seven games for Liverpool against the ‘Gunners’.

Klopp’s men then showed their ruthless streak just moments later, when Andy Robertson won the ball back in the final third, before finding substitute Firmino who stroked home for 2-0. Remarkably, the Brazilian has scored more goals against Arsenal than any other side he has faced, with nine.

The away side cruised to victory in the closing stages relatively untroubled, as Manchester City continue to look nervously over their shoulders in the Premier League title race, with the ‘Reds’ extending their winning run to nine PL games.