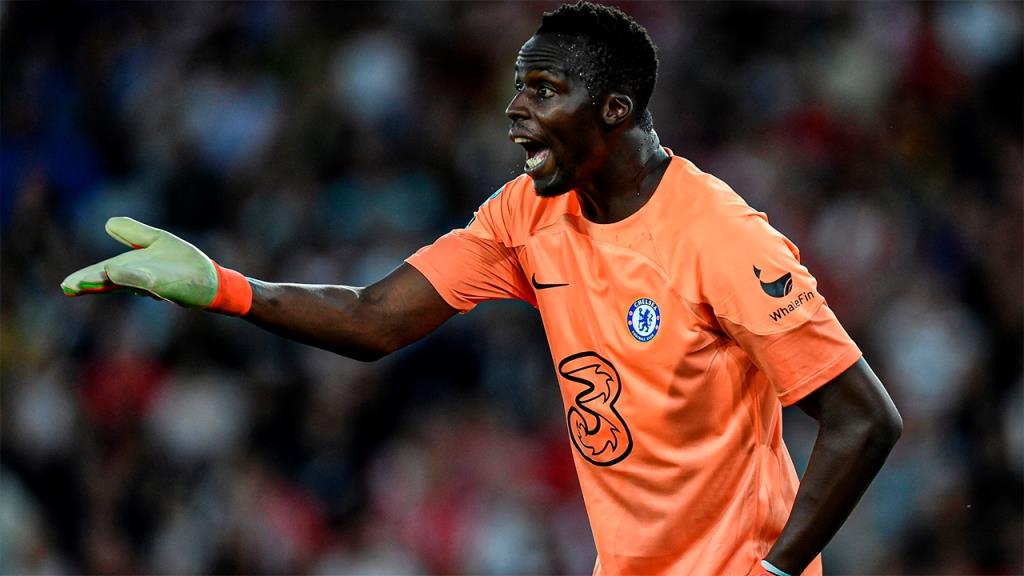 Thomas Tuchel’s men made a comeback to win 2-1 at Stamford Bridge against the Hammers in the Premier League. However, it looked like David Moyes’ team had found a late equalizer when Maxwel Cornet managed to find the back of the net.

The goal, however, was controversially ruled out by VAR for a foul by Jared Bowen on Mendy during the build-up. The Englishman’s trailing leg made contact with the Senegalese, who cried out in pain while holding his shoulder.

Beglin had a cheeky reaction to the incident as he tweeted:

“An Oscar for Mendy.”

“It is a scandalous decision, absolutely rotten from one of the supposedly elite referees. It doesn’t say much about whoever sent him over from VAR as well – it is an unbelievable decision against us.”

West Ham United’s captain Declan Rice also took to social media to express his frustrations over the incident. He tweeted:

“That’s up there with one of the worst VAR decisions made since it’s come into the game. Shambles.”

The Hammers have gotten off to a poor start in this Premier League campaign. With only four points from their first six league games of the campaign, they sit in 18th spot in the table.

The Blues, meanwhile, jumped to fifth spot with their win as Thomas Tuchel’s men currently have 10 points from six games.

Chelsea signed Pierre-Emerick Aubameyang from Barcelona on transfer deadline day (September 1). While the Gabonese striker didn’t feature in his team’s 2-1 win, Tuchel stated what it means to have the former Arsenal striker in his team.

While talking to reporters after yesterday’s game, the German philosopher had this to say:

“For us, it’s an immense boost to have the window closed. It’s simply like this. We now have the chance to demand full commitment. There is no way out anymore. We are the group for Chelsea that wants to have the best possible results and outcomes. We have to take responsibility now from here.” (h/t football.london)

Aubameyang suffered a broken jaw after a horrific robbery at his house. Hence, it might be a few weeks before the striker plays for Chelsea this season.