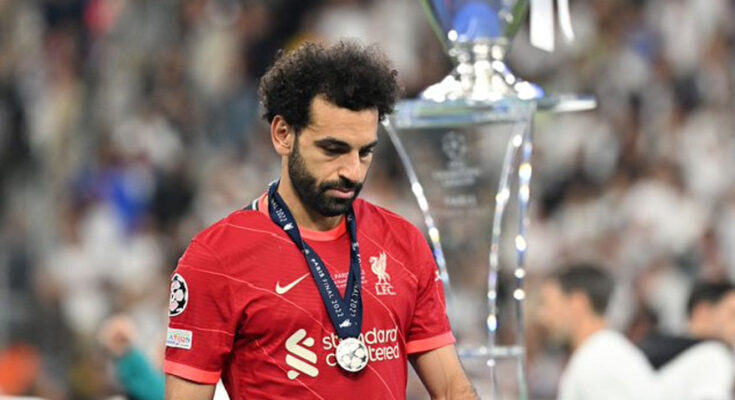 Mohamed Salah has said that Liverpool “deserved” to win their Champions League final against Real Madrid in Paris last month.

The Premier League side largely dominated proceedings at the Stade de France on May 28. Despite this, a Vinicius Junior strike in the second-half secured Los Blancos their 14th European Cup.

Jurgen Klopp’s side had 24 shots, with nine of them on target, compared to Madrid’s four shots, with Vincius’ goal being their only strike on goal.

Thibaut Courtois’ extraordinary performance in goal for the Spanish champions was a key factor in deciding the tie. However, Salah clearly feels aggrieved that Liverpool did not claim their seventh European crown.

The Egyptian superstar told L’Equipe (as per Metro):

“We deserved to win, we had more chances, I got two or three quite big ones but, each time, Thibaut Courtois made incredible saves.”

“It’s his job, Real recruited him for that. He earned his Man of the Match award. It was his evening.”

“Here again, I draw inspiration from the past. In 2018 we lost the Champions League final, already against Real Madrid and the following season we were European champions.”

“That’s what I’m aiming for. We must always look ahead, not complain.”