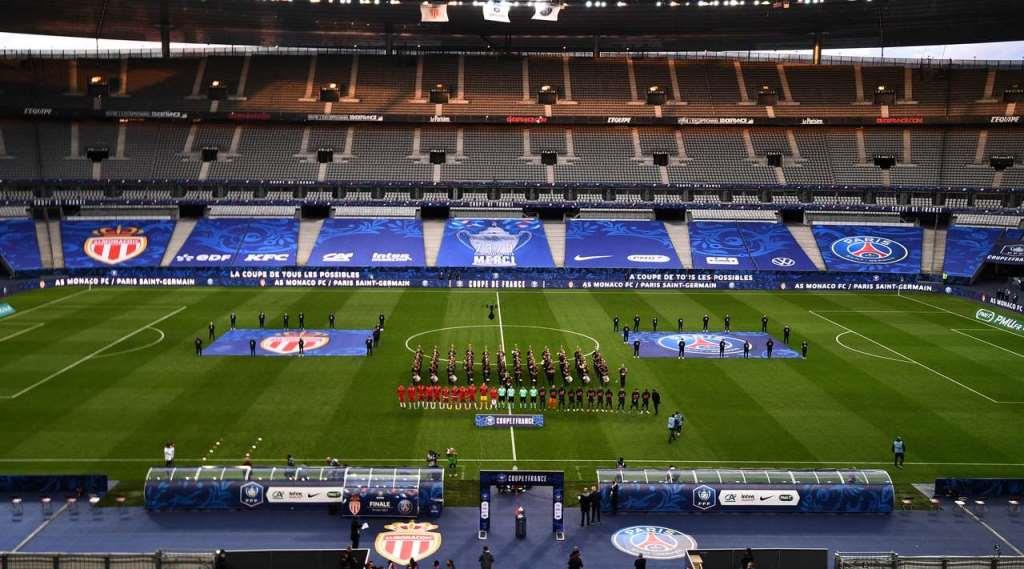 In the final match of the French Cup, Monaco met with Paris Saint-Germain. The game took place at the Stade de France in Saint-Denis and ended with the victory of the Parisians with a score of 2: 0.

On the 19th minute of the meeting, AS Monaco defender Axel Disasi lost the ball out of the blue, PSG striker Kilian Mbappé immediately intercepted him and drove Parisian striker Mauro Icardi to an empty net, after which the score was opened. In the 82nd minute, the three of Paris fled to the Monaco defense: PSG midfielder Angel Di Maria went to the penalty area and gave a thin pass on Mbappa, who easily outplayed Monaco goalkeeper Radoslaw Majecki with a shot into the far corner.