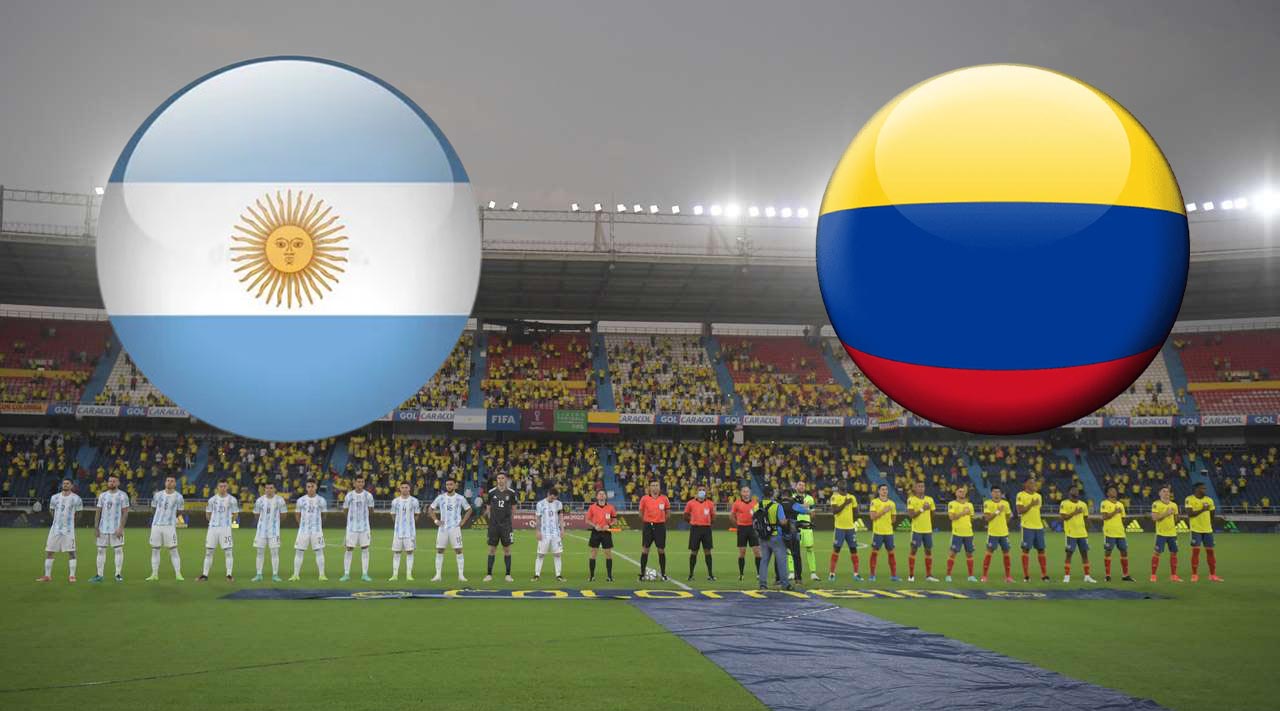 Colombia vs Argentina First half

Colombia vs Argentina Second half

Miguel Borja scored in the fourth minute of stoppage time as Colombia came from behind to salvage a 2-2 draw with Argentina in CONMEBOL World Cup qualifying.

Colombia substitute Borja produced a bullet header in the 94th minute to pinch a share of the spoils after Argentina had raced to a two-goal lead inside the opening eight minutes on Tuesday.

Goals from Cristian Romero and Leandro Paredes appeared to have Lionel Messi’s Argentina cruising to victory, but Colombia pulled one back early in the second half via Luis Muriel’s penalty.

Borja, who was one of three half-time substitutes for Colombia, produced the decisive late intervention, moving his side to eight points from six games in qualifying.

Argentina remain undefeated but have drawn three of their past four qualifiers, having collected 12 points from six games in total on the roar to Qatar 2022.

Atalanta defender Romero powered home a third-minute header from Rodrigo De Paul’s set-piece for the visitors, who were two up early after the ball pinballed on the edge of the box, with Paredes producing a composed low finish.

It meant Argentina scored two goals before the first 10 minutes of a World Cup qualifier for the first time since 2011.

Argentina almost had a third inside half an hour when Colombia keeper David Ospina saved Lautaro Martinez’s shot and Nicolas Gonzalez fired the rebound into the post.

La Albiceleste were forced into a first-half goalkeeper change after Colombia defender Yerry Mina clattered into Emiliano Martinez, who was stretchered off.

Daniel Zapata flashed a shot wide before the break for Colombia, who reduced the deficit after Nicolas Otamendi was adjudged to have elbowed Mateus Uribe, with Muriel sending substitute keeper Agustin Marchesin the wrong way from the spot.

Messi almost caught out Ospina with a curling 58th-minute free-kick, while the Barcelona superstar’s crafty ball set up Martinez for a sharp chance too.

Colombia mounted pressure with Muriel shooting over after Borja’s chest down, while another Messi shot forced a low Ospina save.

The hosts found an equaliser deep into injury-time when Juventus star Juan Cuadrado’s right-flank cross found Borja whose header went in under Marchesin.