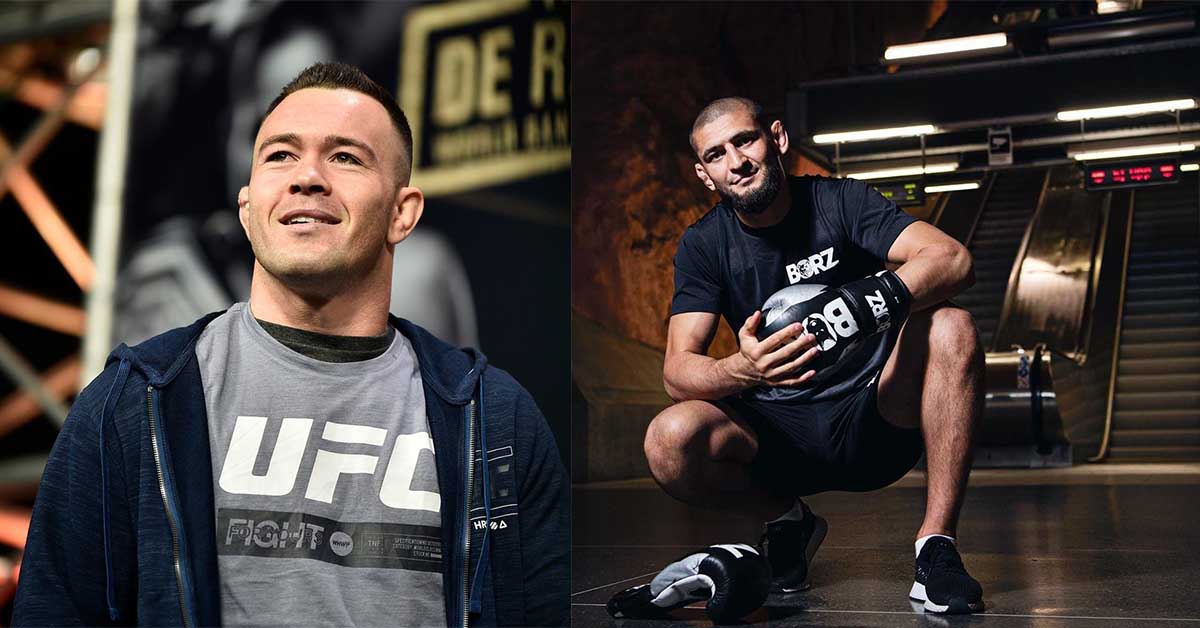 UFC 272 fallout: Covington and Masvidal are trending in very different directions, but both have worthwhile matches on the horizon

UFC 272 did little to squash the beef between Colby Covington and Jorge Masvidal, but one man did stand tall over the other. Covington pencilled in a solid victory over his rival and now both ranked welterweights must look ahead.

Covington has a smorgasbord of opponents ahead of him; from more drama-fueled grudge matches to clashes of top contenders. “Chaos” is calling for a match against former teammate Dustin Poirier, but it’s not his only option.

Masvidal is on a career-worst losing streak, but those losses are to the division’s two best competitors and “Gamebred” has persisting star power.

Let’s take a look at potential next matchups for Saturday’s headliners, as well as main card winners Rafael dos Anjos and Bryce Mitchell.

Gilbert Burns vs. Khamzat Chiamev winner: UFC welterweight champion Kamaru Usman is supposed to fight Leon Edwards at some point this year. That leaves a potential opening for the winner of Burns vs. Chimaev. If Burns turns back the fast-rising star, it makes all the sense in the world to pair Burns with Covington. Both guys are still mending their resumes after losses to Usman. If Chimaev beats Burns, there is a case to fast-track him to a title shot against Usman. Depending on the champ’s schedule, however, the UFC may be compelled to book a title eliminator between Covington and Chimaev, perhaps with an interim title on the line.

Dustin Poirier: Covington has settled his American Top Team grudge with Masvidal, but he still has another former teammate in his sights. Covington has resorted to lowbrow digs about Dustin Poirier’s family in an effort to get a fight against the former UFC interim lightweight champion. I’m far from convinced that Poirier, a former featherweight, will humor Covington by moving up to welterweight. But, hey, crazier things have happened in this sport.

Leon Edwards: Let’s make it clear, Edwards is long overdue for a title shot. He’s been screwed out of it repeatedly and it’s time to book Usman vs. Edwards. In a world where Edwards’ bad luck continues, perhaps due to Usman’s recovery from surgery, you could pair Covington and Edwards. It’s not the sexiest matchup, but there’s some tension there and you can always slap an interim title over it.

UFC 272 fallout: Where does Jorge Masvidal go from here?

Conor McGregor: If you want a money fight, here is a money fight that will surely deliver. McGregor and Masvidal are fortunate that their drawing power covers their active UFC runs. There are many reasons to make this fight. The UFC can couple their star power, the action is certain to deliver and one of them is bound to get a win.

Sean Brady: On the other end of the scale is a matchup that could function as a welcoming party for an upcoming contender. Brady is a perfect 15-0 with five wins in the UFC. Coming off a significant win over Michael Chiesa, the UFC could hedge their bets by booking Masvidal vs. Brady. Either Masvidal switches the direction of his momentum or serves as a proving ground for a potential young star.

Other fights to make

UFC fans may be quick to suggest re-booking dos Anjos vs. Fiziev, but that timeline may not work out. RDA needs time to recover and Fiziev should actively be looking to book a fight. Tsarukyan competed recently and is overdue for a big match. Dos Anjos may seek a top-five opponent, but the rest of the division is rather tied up. If the timelines work out, run dos Anjos and Fiziev. If not, RDA vs. Tsarukyan would be a solid replacement.

Mitchell brought forth an inspired performance against Edson Barboza, dropping the elite striker in Round 1 and earning multiple 10-8 rounds with his explosive takedowns and vicious ground-and-pound. No. 6 ranked featherweight Josh Emmett presents an interesting puzzle for Mitchell. He’s a featherweight firetruck with big power and strong wrestling. That being said, Emmett is on a four-fight winning streak and should be fighting up the division. Top-five featherweights Yair Rodriguez and Calvin Kattar could also be suitable opponents, depending on who Emmett draws next.