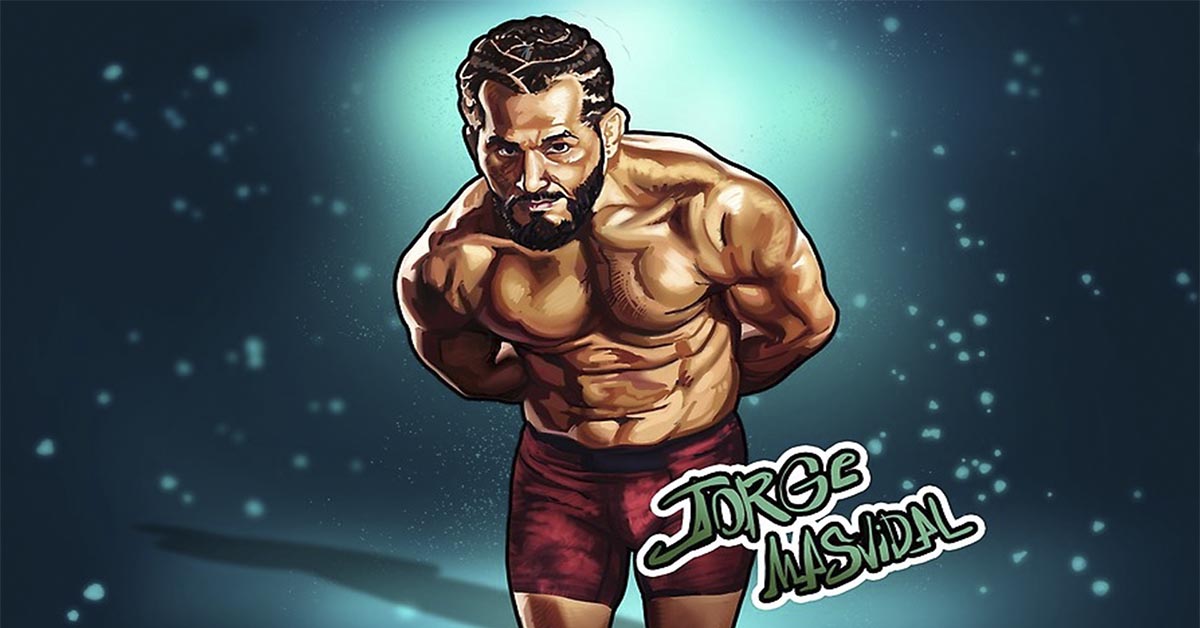 UFC 272 saw a massive grudge match between Jorge Masvidal and Colby Covington. After years of animosity with one another, the two former teammates finally fought each other.

‘Chaos’ used his wrestling to control him on the ground and earned a unanimous decision over his former teammate.

‘Gamebred’ Jorge Masvidal is in an interesting situation in the promotion. The loss extends his losing streak to three fights and removes him from title contention for the time being.

He is a big star for the promotion and sells a lot of pay-per-views. And so, the promotion will have to take that into account when planning his next fight.

The BMF champion signed a new contract before the event, so he’s still in their plans going forward. It’ll be interesting to see who he fights next and whether he puts the BMF title on the line.

This list will look at five opponents for Jorge Masvidal after UFC 272.

Based on their recent performances, a fight between Masvidal and former UFC welterweight champion Robbie Lawler would make sense. In recent years, the former champion has had his fair share of ups and downs inside the octagon. He is coming off a TKO win over Nick Diaz, which saw him avenge a loss and snap a four-fight losing skid.

‘Ruthless’ is another legend of the sport and would be a big name that the promotion could sell on pay-per-view. Both fighters are also close in age. Lawler turns 40 this month, while Masvidal will turn 38 in November.

Lawler looked great in his fight against Diaz and seemed rejuvenated. The bout motivated him to be at his best, and it showed even after the short-notice change with the contested weight. The timing would work well, especially considering that ‘Ruthless’ hasn’t fought since last September.

From a business and marketing standpoint, Jorge Masvidal vs. Conor McGregor would be massive for the UFC. Despite being against the idea of the two fighting, Dana White shouldn’t completely rule it out. Masvidal has lost three straight fights, while McGregor has lost back-to-back fights to Dustin Poirier.

‘The Notorious’ is expected to return to the octagon sometime this summer, but there’s still no confirmation on who he’s fighting. An immediate lightweight title-shot against the winner of Charles Oliveira vs. Justin Gaethje hasn’t been ruled out. Another potential fight that’s been talked about has been the long-awaited trilogy with Nate Diaz.

Leon Edwards has been one of the most underrated fighters in the UFC. He is currently the No.3-ranked welterweight and is expected to get the next title shot against Kamaru Usman.

‘Rocky’ has had a much different path to a title shot than most fighters. He has gone one fight at a time without creating a persona to get a title shot. He is unbeaten in his last 10-fights, with his last loss coming against ‘The Nigerian Nightmare’ in 2015. If Edwards comes up short in his title fight, the promotion might make another attempt at booking the Masvidal bout.

‘Gamebred’ and ‘Rocky’ were originally scheduled to fight this past December, but the fight was canceled. Masvidal was forced to withdraw from the bout due to a rib injury, so the promotion went in another direction. It would be an easy fight to sell as there is history between the two. They were famously involved in a backstage confrontation in 2019 that ended with punches being thrown.

Regardless of his MMA record, Nate Diaz is still among the most popular fighters in the UFC. The former Ultimate Fighter winner has one fight left on his current contract, but his next opponent hasn’t been confirmed yet. Since his contract situation was revealed, many opponents have been linked to him. In the past year, Tony Ferguson, Conor McGregor, Khamzat Chimaev, and most recently Dustin Poirier have been linked to Diaz.

Based on talks for a bout with Poirier stalling, Diaz could decide to pursue a rematch with Masvidal instead. Their first encounter was contested for the BMF title and headlined Madison Square Garden. The ending was somewhat controversial as the doctor felt the cut on Diaz’s eye hindered his ability to continue. The promotion usually hosts a big event in Madison Square Garden in November, so it’d be fitting for the rematch. Even if they fight between now and July, a bout in November would be a possibility.

Masvidal got the better of Diaz in the exchanges and was winning the fight prior to the doctor’s stoppage. Perhaps after seeing what Covington did to Masvidal on the ground, Diaz could see an opportunity to use his grappling more. He has excellent grappling and could pose a threat to ‘Gamebred’ should they find themselves in a scramble on the ground.

Based on what transpired at UFC 272, Masvidal vs. Rafael dos Anjos would be a great fight to book. After a unanimous decision win over Renato Moicano, dos Anjos used his post-fight interview to call for a fight with Masvidal. It was a milestone win for him as it was his 20th in the promotion.

The former lightweight champion was in a difficult spot. He was initially scheduled to fight Rafael Fiziev. However, ‘Ataman’ was forced out of the event due to COVID-19. As a result, Moicano stepped in, and fans were treated to a bout many considered Fight of the Night. RDA looked great, and the fight could have easily been stopped following the third round.

Masvidal vs. dos Anjos would be an intriguing fight. Dos Anjos lost his last two welterweight bouts to Michael Chiesa and Leon Edwards. On the other hand, ‘Gamebred’ has lost to the champion and No.1-ranked welterweight, so it wouldn’t be a mismatch. He would benefit from a win as it would keep him close to the title picture at 170lbs.

Jorge Masvidal tries making up for Drake’s $275,000 loss by promising him a dinner