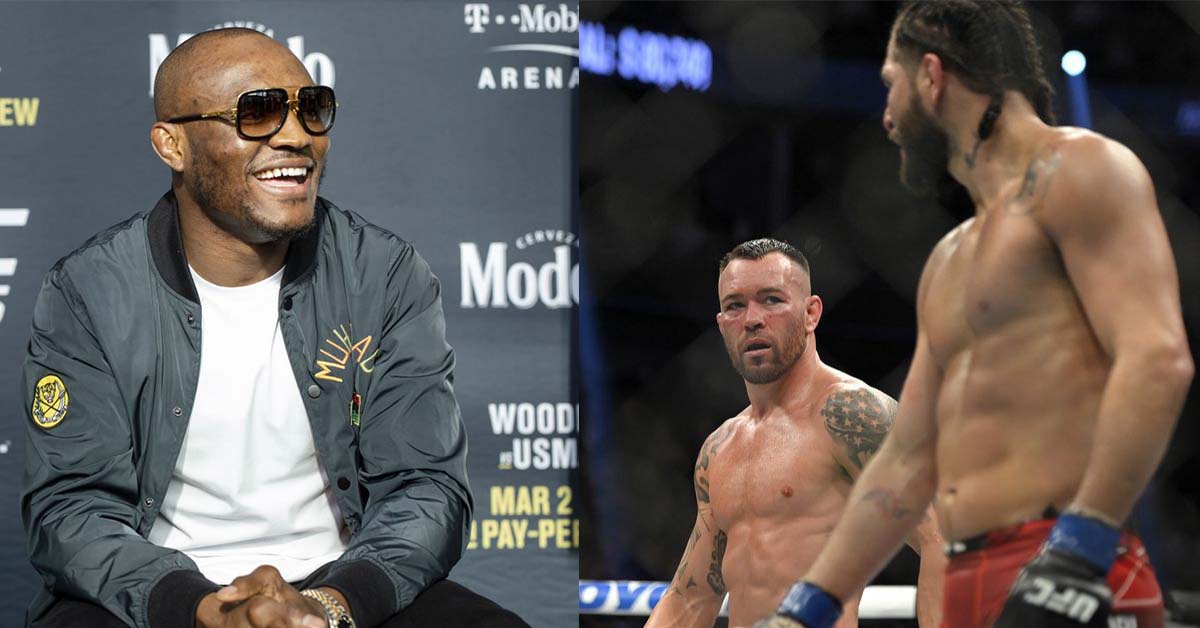 Kamaru Usman has hinted at a potential trilogy fight with Colby Covington.

Jorge Masvidal and Covington are the only fighters to have faced Kamaru Usman twice. With ‘Chaos’ earning a dominant win over ‘Gamebred’ at UFC 272, his chances of getting another crack at the welterweight champ have increased.

The reigning champ was cageside when Covington was declared winner via unanimous decision. According to Usman, he knew ‘Chaos’ had a tremendous advantage on the ground that could net him the win.

‘The Nigerian Nightmare’ also teased that a third fight with Covington may go down in the future:

“UFC 272 came to a close as expected. I knew that [Colby] Covington’s wrestling was gonna be the big difference. [Jorge] Masvidal had his moments in there but Covington did his thing, so maybe down the line, I smash.”

As things stand, Usman underwent hand surgery last month and is expected to be out of action until at least July. Covington, meanwhile, has set his sights on top lightweight contender Dustin Poirier as his next opponent.

Kamaru Usman is well aware of Colby Covington and Jorge Masvidal’s capabilities. After winning four of his five title defenses against ‘Chaos’ and ‘Gamebred’, respectively, Usman has developed a special kind of respect for them.

According to ‘The Nigerian Nightmare’, the lengthy duels with both Covington and Masvidal sometimes make him “feel like a fan.” On the flipside, Usman is proud to have beaten both incredible contenders:

“I have a sense of content because I was able to weather their storms and their smack talk and everything and come out victorious. I have that sense of content in it. But when you share the octagon with these guys for as long as I did they kind of make you feel like a fan. You kind of get that mutual respect for them.”

Watch Usman talk about Covington and Masvidal below: