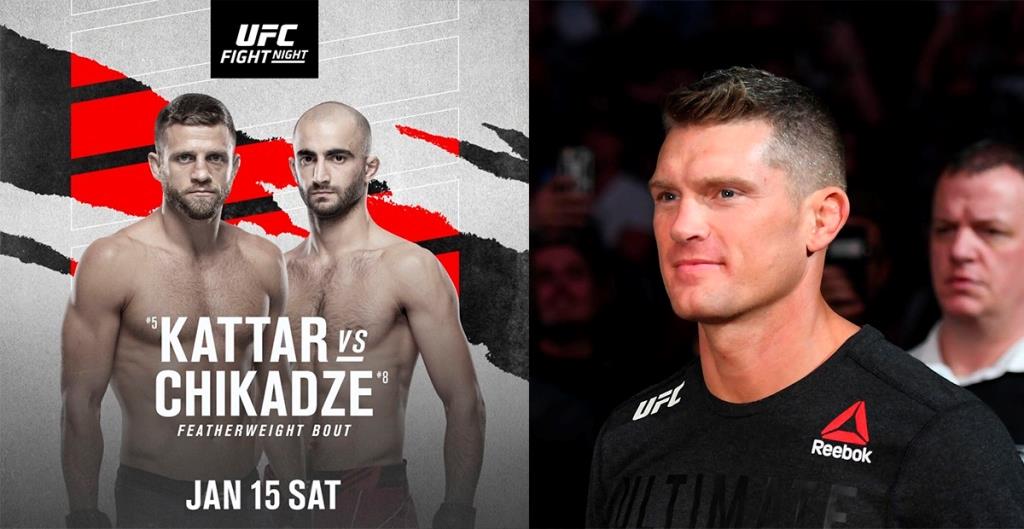 Stephen Thompson shared his thoughts and made prediction for Kelvin Kattar vs. Giga Chikadze at UFC Vegas 46

Stephen Thompson has picked who he believes will win the fight between Giga Chikadze and Calvin Kattar. Thompson believes Kattar has what it takes to come away with the victory in his fight this weekend.

During an episode of the What’s Up Everybody podcast, Wonderboy went into detail on why he believes Kattar will win. His reasoning centers mainly around his positive relationship with Calvin Kattar:

“I’m going to go with Kattar because I like him. We did the UFC Twitch stream together… Giga, even though I think he’s one of the better strikers in the UFC, I don’t think he likes me.”

Calvin Kattar and Giga Chikadze are set to fight this weekend at UFC Vegas 46. ‘The Boston Finisher’ is coming off a loss against Max Holloway, while ‘The Ninja’ is on a nine-fight winning streak.

The Georgian has a record of 14 wins and two losses with 10 finishes. Meanwhile, the Massachusetts native’s record is 22 wins and five losses with 13 finishes.

Chikadze has been on an impressive tear as of late and has finished his last three opponents via TKO. Moreover, he has won three consecutive ‘Performance of the Night’ bonuses as a result of his dominant wins.