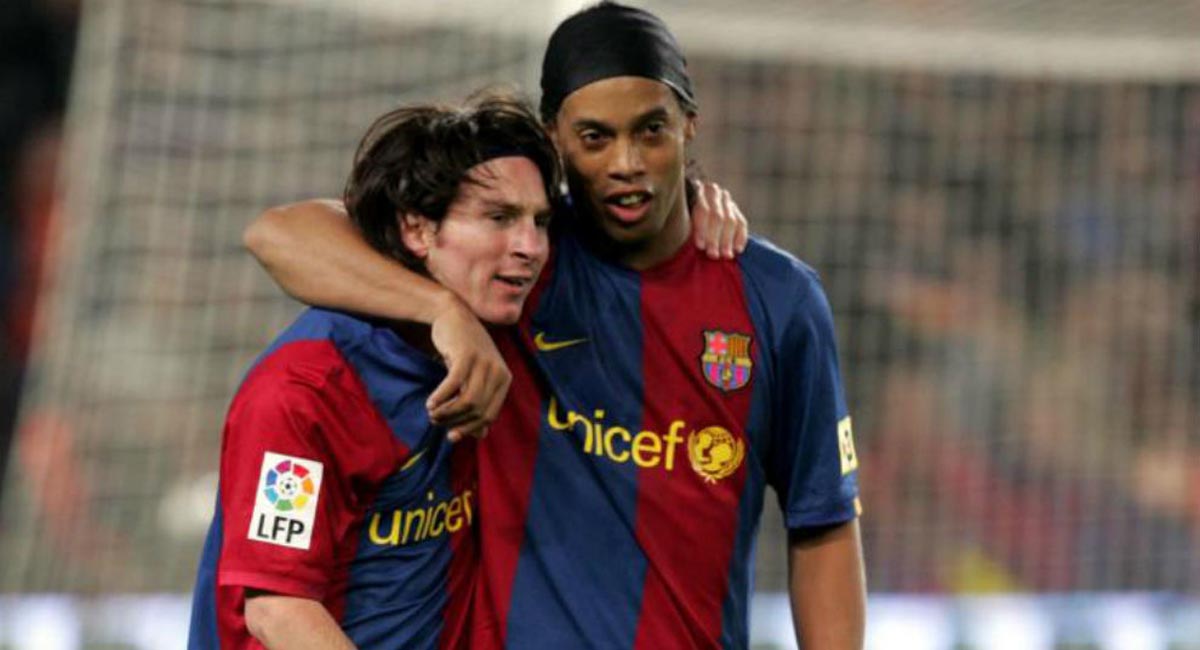 The Argentine was just aged 17 when he was brought on in the 88th minute of Blaugrana’s game against Albacete in 2005. The two Barca superstars immediately flourished with one another.

Ronaldinho linked up with the youngster, glancing past defenders before chipping a delightful ball through to Messi who lobbed Albacete keeper Casto.

The goal was sadly disallowed but the two once again worked their magic in a similar fashion. Ronaldinho dinked another unbelievable pass to the Argentine. As usual, the world-class forward took the ball in his stride before once again chipping Casto, and this unbelievable 90th minute goal did stand.

“How easy it is to play with this beast!!! First goal was my gift lol”

During his time at Barcelona, the Argentine scored a remarkable 672 goals and contributed 303 assists in 778 appearances across all competitions.

Messi frightened defenders with his impeccable control of the ball and his uncatchable pace during his time at Barca. The legendary forward has won seven Ballon d’Ors and is heralded by many as the greatest to ever play the game.

However, his arrival at Paris Saint-Germain (PSG) last summer hasn’t quite measured up to the unbelievable feats he accomplished at the Nou Camp.

However, Ronaldinho is backing his former Barca teammate to turn things around.

Speaking at his induction into the Pachuca Hall of Fame, the Brazilian said:

“Messi is not in a great moment right now, but for me it is difficult to question Messi after everything he has done for football. I am sure that he will soon win titles again and be considered the best in the world, which for he hasn’t stopped being me.”

The Argentine was able to celebrate last week with PSG as they claimed the Ligue 1 title. He will be hoping to return to the player that Barcelona fans fell in love with.