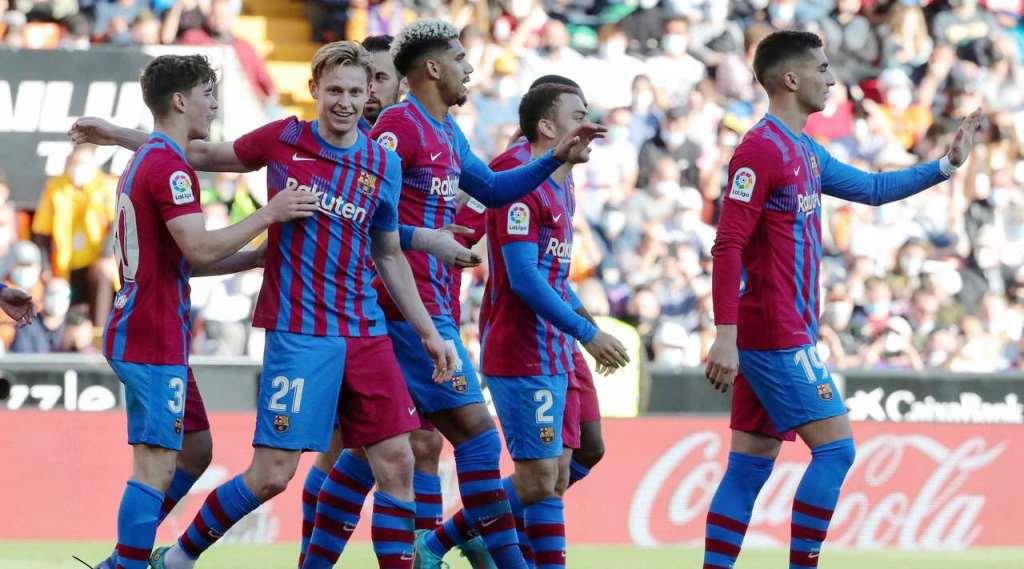 Barcelona put on a thrilling performance in a resounding 4-1 win over Valencia, as the ‘Blaugrana’ scored four goals in a league away game for the first time in over a year.

Despite controlling the ball, the Catalans didn’t have a great number of chances, but they sure made the most of them, as their three shots in the first half were goals.

The first one, in the 23rd minute, saw Pierre-Emerick Aubameyang score his first in Barcelona colours by sending the ball to the top corner from inside the box. Just after the half-hour mark, Ousmane Demebelé sent an accurate cross to Frenkie De Jong who slipped the ball into the net, before Gavi found Aubameyang inside the box, just moments later, for the Gabonese to grab his second.

There was very little from the hosts in the first 45 minutes, as Valencia didn’t get a single shot on goal. However, they had two goals disallowed after respective VAR reviews.

The first one, right after Barcelona took the lead, saw a cross by José Gayà sent into the net by Marc-André ter Stegen, in what was an awful mistake, though Valencia’s left back was adjudged to be offside in the buildup. Carlos Soler then scored in the 41st minute, but the ball had clearly gone out of play in the moments previous.

The second half started with Valencia finally getting on the scoreboard as, eight minutes after HT, Soler sent a superb header home following Gayà’s cross. Despite some decent chances, Valencia needed to improve defensively to attempt the unlikely comeback.

They couldn’t, as Pedri shot from long distance in the 63rd minute, just minutes after he replaced De Jong, and Giorgi Mamardashvili made a terrible mistake that caused the ball to end up in the net. Both teams had chances as the game drew to a close but Valencia’s main concern was not to take any more harm, as Barca strutted to victory.

This big win allows Barcelona to stay fourth in La Liga and gives the team an edge after Atlético’s midweek defeat, whereas Valencia will stay 12th, ten points clear of the relegation zone.