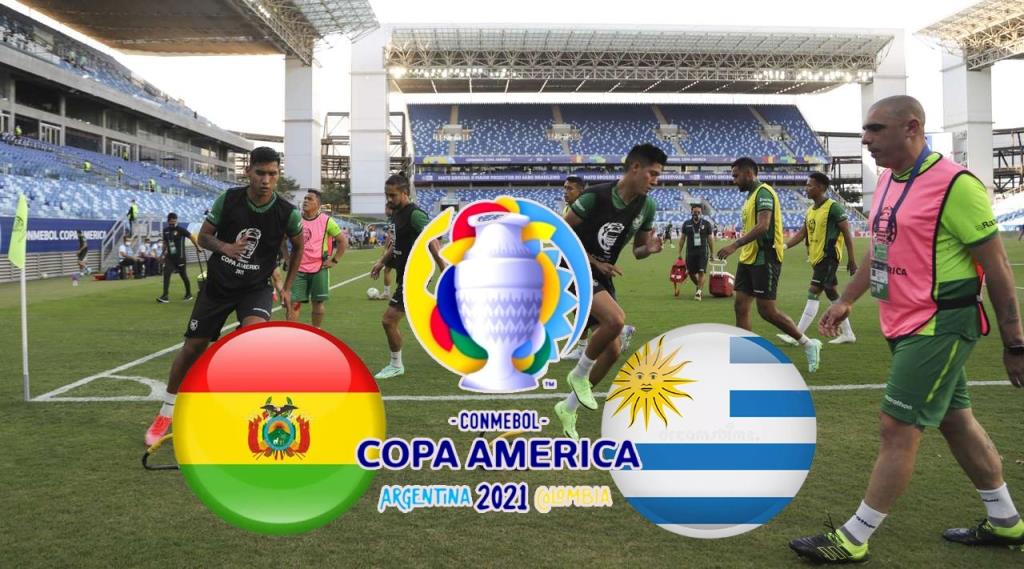 Bolivia vs Uruguay Fist Half

Bolivia vs Uruguay Second Half

Uruguay have progressed to the Copa América knock-out stages for an eighth time in nine editions, after claiming an easy 2-0 victory over Bolivia in Cuiabá.

For all of Uruguay’s superior class, it was a luckless own goal from Bolivia’s Jairo Quinteros that opened the scoring, coming in a first half of otherwise limited goalscoring opportunities. Worthy of their status as pre-match favourites throughout, Uruguay created the first meaningful chance of the match just after the 20-minute mark, when veteran striker Edinson Cavani dribbled into the box, only to hesitate under pressure from charging Bolivia goalkeeper Carlos Lampe.

Uruguay were always dangerous against a nervy Bolivia defence, but it was with a distinct sense of relief in their camp that they broke the deadlock just seven minutes before HT. Giorgian De Arrascaeta’s pin-point cross into the box was turned into the net by Quinteros, with savvy veteran Cavani pressuring him into the mistake and atoning for his earlier missed opportunity.

Bolivia forced Uruguay goalkeeper Fernando Muslera into his first save of the match early in the second half, with the seasoned stopper smartly tipping over Ramiro Vaca’s curling shot from outside of the area and the resulting corner being cleared. However, any second goal always looked likelier to be Uruguay’s, as the Bolivians played with increasing desperation.

It was thus with a sense of inevitability that Uruguay secured three much-needed points in the 79th minute, doubling their lead through Cavani’s 51st international goal. The Manchester United striker used his predatory instincts to slot home from inside the box, but only after some excellent build-up play from substitute Facundo Daniel Torres Perez.

The game was over, and the proverbial door remains open for ‘La Celeste’ to capture a record-augmenting 16th Copa América triumph – potentially their first in a whole decade, and a first on Brazilian soil since 1983.