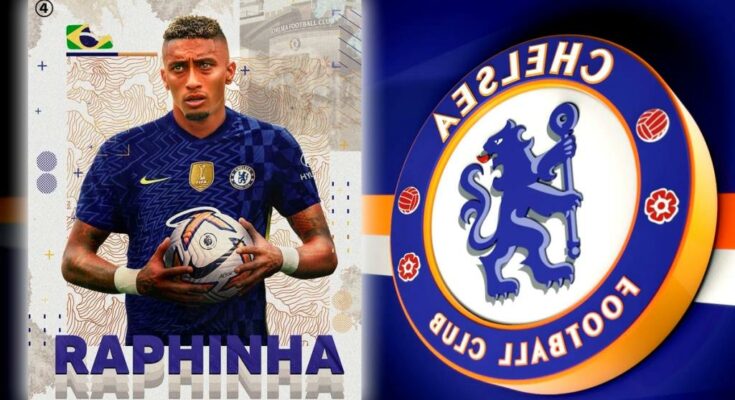 Raphinha’s wages at Chelsea revealed as £65 million transfer edges closer. The Brazilian has been the subject of interest from a number of Europe’s top clubs thanks to his performances for the Whites last season.

According to Gianluigi Longari, Chelsea have offered a £6 million per year salary package to Raphinha and are believed to be close to reaching an agreeing personal terms with the 25-year-old.

The Blues will be happy to add an in-form attacker to their line-up. Thomas Tuchel’s men were goal shy throughout the course of the last season. The failure to convert chances into goals by the players in the frontline cost them heavily in the Premier League and other competitions.

Their club-record signing Romelu Lukaku had a below par season in west London. He netted only 15 times in 44 games for the Blues. The Belgian forward is now set to return to Inter Milan on a season-long loan deal this summer as per Sky Sports. Hakim Ziyech, Callum Hudson-Odoi, Timo Werner and Christian Pulisic scored just 15 league goals between them last season.

His performances have caught the attention of Chelsea and Arsenal. As per Fabrizio Romano, Thomas Tuchel’s side are trying to reach an agreement with Raphina and his agent Deco over personal terms and have offered the 25-year-old a £115,000-per-week wage deal. They have reportedly reached an agreement with Leeds United over a £60-65 million transfer fee.

As per talkSPORT, Arsenal were seemingly the favorites to sign Raphinha but their reluctance to meet Leeds United’s asking price for the 25-year-old has resulted in Chelsea becoming the front-runners for his signature.