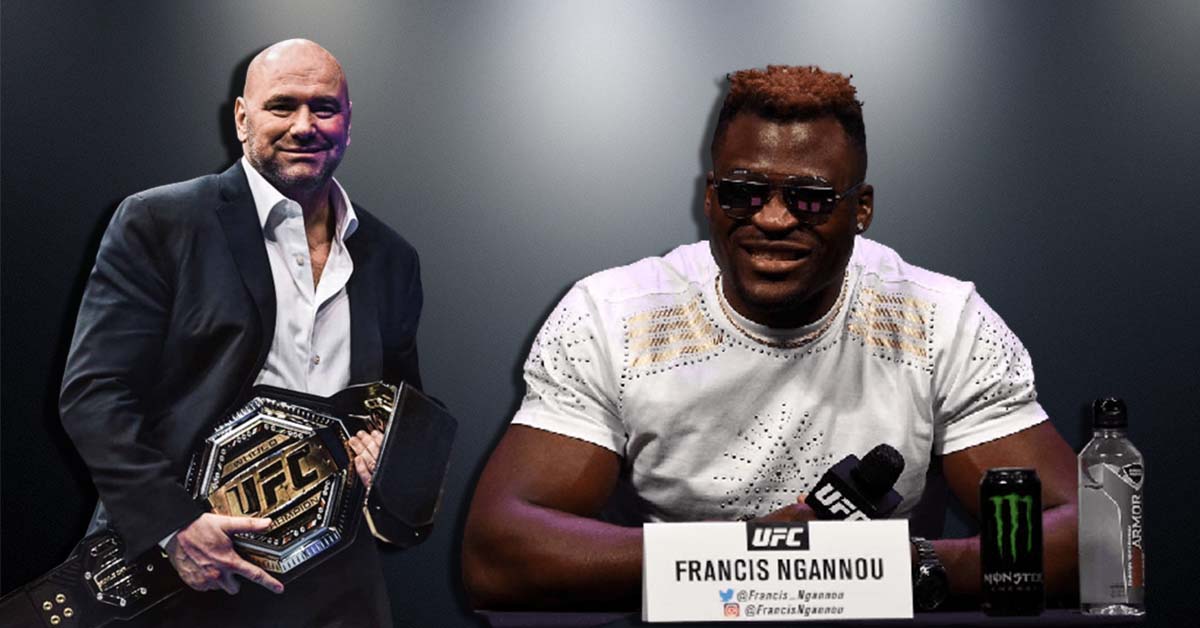 Francis Ngannou, who fought at UFC 270 against Ciryl Gane, has been in a stalemate with the UFC as far as re-signing with the promotion is concerned.

Dana White recently offered fans some insight into the same, admitting that he was hoping to sign a contract with the heavyweight champion soon.

While in conversation with ESPN MMA’s Michael Eaves, the UFC head honcho revealed that Francis Ngannou was spending time with his family in his home country of Cameroon.

He admitted that both parties were slated to initiate negotiations upon his return. Dana White further declared that the UFC had a near-stellar record when it came to convincing fighters to sign with the promotion.

White argued that Fedor Emelianenko was perhaps the only blemish on an otherwise perfect record when it came to signing fighters to the UFC.

“Listen, in the history of this company, the only guy that we’ve ever not signed was Fedor Emelianenko. I mean, it’s the only guy we could never sign. So, you know, I’m hopeful and confident that we can get a deal done with Francis,” said White.

Ngannou’s future in the promotion was the focal point in the build-up and aftermath of his decision win against ‘Bon Gamin’ at UFC 270. ‘The Predator’ expressed great displeasure with the way he was treated by the promotion.

Ngannou also called for greater remuneration and medical benefits as part of his new contract with the promotion. He is also adamant that his new contract allows him the freedom to sporadically compete in boxing.

Francis Ngannou most recently locked horns with Ciryl Gane in the main event of UFC 270. ‘The Predator’ emerged triumphant by way of unanimous decision. However, he took on his former sparring partner with a torn MCL and damaged ACL.

The Cameroonian recently posted a video describing his injury in detail to fans on his YouTube channel. In the video, Ngannou was asked how much the injury affected him during the fight. Here’s what he had to say about the same:

However, Ngannou admitted that the injury also offered him the upper hand when it came to mental fortitude because he was focused on ensuring his safety and that of his knee.