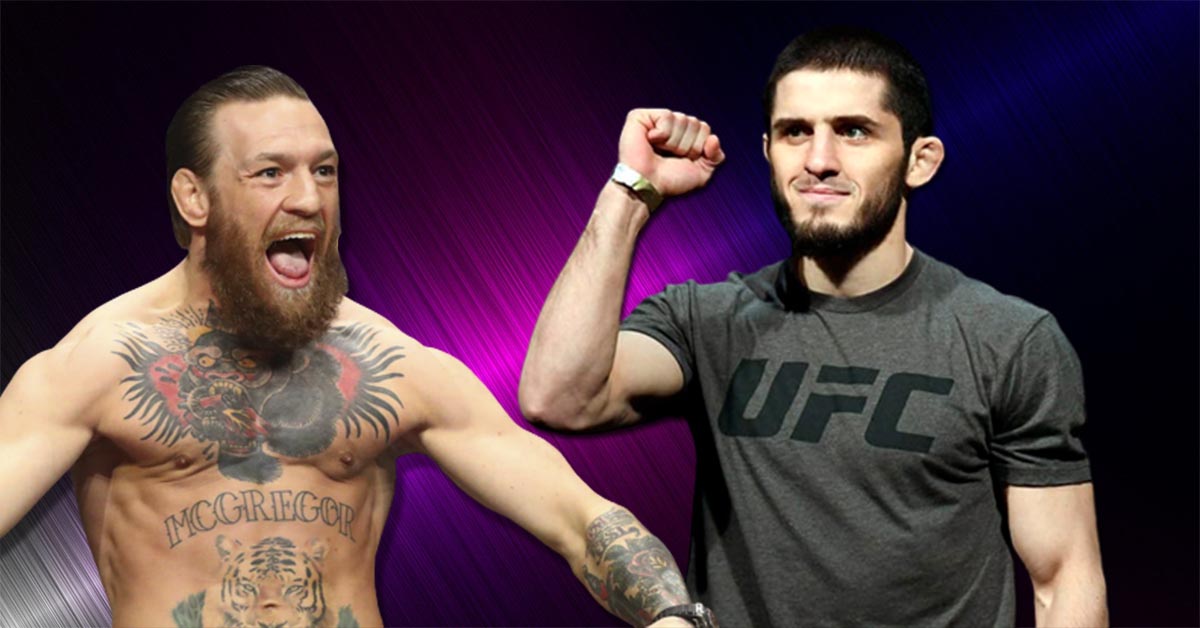 UFC superstar Conor McGregor says he wasn’t impressed by Islam Makhachev’s performance in the cage last weekend and has vowed to take on the rising Russian star when he returns from the broken leg he suffered in his trilogy fight with Dustin Poirier last summer.

Makhachev beat short-notice replacement Bobby Green in Las Vegas, scoring an easy win in a fight in which original opponent Beneil Dariush was forced to bow out after suffering an ankle injury in training the week beforehand.

The Dagestan native earned his 10th successive win in the cage and moved to 22-1 overall in his career after earning a first-round TKO against the American fighter.

But watching back home in his native Dublin was another man with designs on claiming the UFC’s lightweight crown, and McGregor took to Twitter on Friday to give his somewhat profane appraisal of Makhachev’s latest showing.

“I’ll fight that sh*t stain [Makhachev], no sweat,” McGregor wrote. “Embarrassing [ground n’ pound] the other night [in my opinion].

“Pitiful punching. And then bottles the [Rafael Dos Anjos] fight after mouthing off him lol.

“Embarrassing. Watch when I come back. Same as before. Anyone. Any weight. Anywhere. Game full of sh*t stains.”

Makhachev had been in line to fight again this weekend, putting his hand up to face former lightweight champion Dos Anjos after the Brazilian’s original opponent, Rafael Fiziev, was forced to withdraw after contracting Covid-19 – but even after UFC president Dana White admitted that he thought the deal was done, the Russian was accused of backtracking and bowing out of the short-notice fight, with Renato Moicano instead filling the gap.

The move appears to have cost Makhachev a clearer path towards title contention, as White instead confirmed to the media afterwards that the Makhachev-Dariush fight will likely be rebooked in the summer.

McGregor, meanwhile, is thought to be awaiting clearance to return to full sparring after the grisly compound fracture he suffered to his left leg last year – but he appears keen to test the waters at numerous weight categories.

The Irishman is the only fighter in UFC history to have scored knockout wins in the featherweight, lightweight and welterweight divisions.

White also recently admitted that McGregor could well walk into a title shot on his return, depending on the outcome of the forthcoming clash between champ Charles Oliveira and Justin Gaethje and whether the victor has an appetite for a ‘Red Panty Night’ with the sport’s biggest star.

Failing that, it seems that a bout with Makhachev might also be on the cards – a fight which would no doubt serve as a proxy war of sorts in the contentious rivalry between McGregor and Khabib Nurmagomedov, a longtime training partner of Makhachev’s.

Islam Makhachev was quizzed over his ambitions to fight Conor McGregor