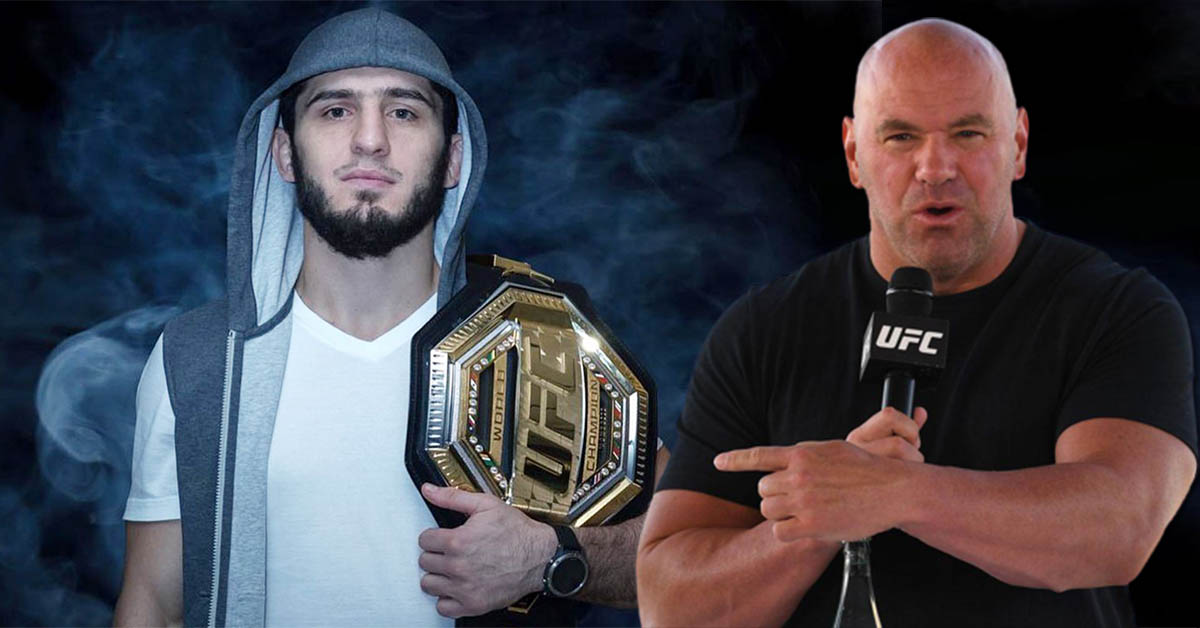 Despite all signs pointing to Islam Makhachev, Dana White is not ruling out Beneil Dariush as the next title contender at 155 lbs.

Makhachev’s claim to a title shot has become a hot topic of discussion after he stopped Bobby Green at UFC Fight Night 202 this past weekend. His mentor Khabib Nurmagomedov said after the fight that White, the UFC president, has already confirmed that Makhachev is next in line for a shot at UFC gold.

However, White recently lifted the lid on the subject and said that the lightweight title picture isn’t as concrete as ‘The Eagle’ suggested. According to the UFC boss, Makhachev is indeed presenting a strong case, but No.3-ranked lightweight contender Beneil Dariush is still in the conversation.

In a recent interview with TMZ Sports, Dana White said:

“He’s obviously in the discussion but let’s not forget Beneil. Beneil is still around too you know. He’s ranked number three in the world right now so we’ll see what happens.”

Islam Makhachev was quizzed over his ambitions to fight Conor McGregor

According to dos Anjos, Makhachev is not worthy of a title shot as he hasn’t added a big name to his resume yet. In a recent interview on The MMA Hour, the Brazilian said:

“I don’t think [Islam Makhachev deserves a title shot], to be honest with you. He’s got a 10 [fight] win streak, but look at his résumé. He didn’t fight any top guys, any top contenders. He was supposed to fight Benny Dariush but unfortunately Benny got injured. So I don’t think so.”

Dos Anjos was set to co-headline UFC 272 against Rafael Fiziev this weekend. However, Fiziev contracted COVID-19 and was forced to withdraw. The UFC is yet to find a replacement.

Dos Anjos is gunning for a fight against Makhachev. He told Ariel Helwani:

“I’m game for Makhachev fight. Like I told you, I’m always game. I’ll fight anybody. I’m a fighter. I’m here to fight anybody on Saturday… These guys, they don’t fight like that. They have to have the perfect fight camp, everything perfect, blah, blah, blah, so they can fight. They’re not gonna do it.”