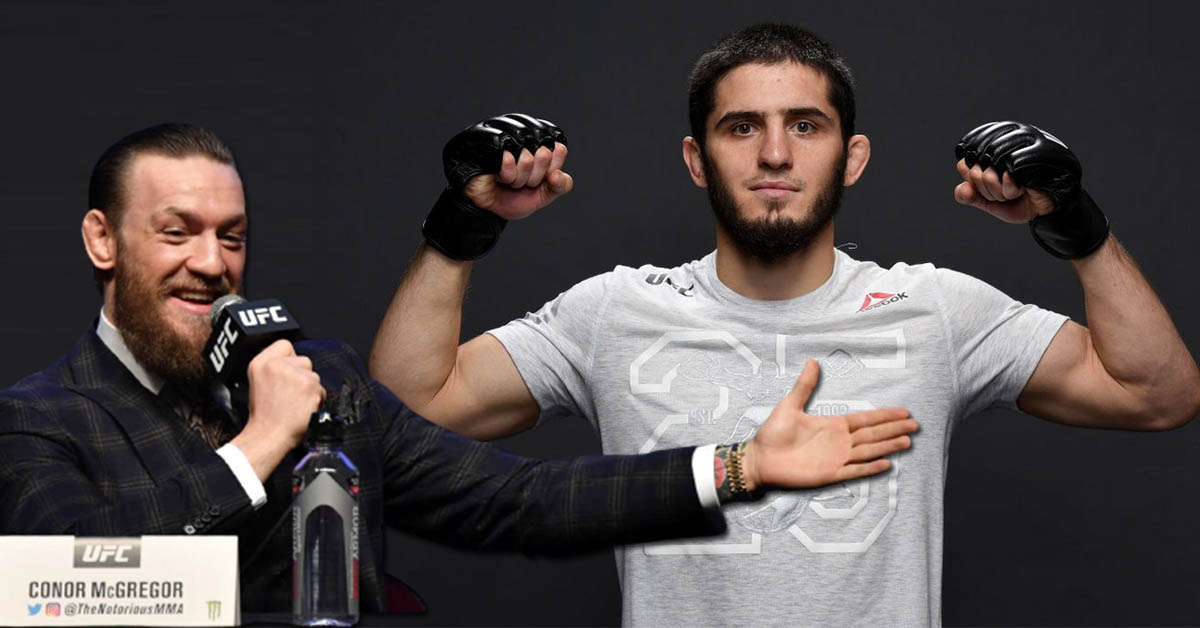 UFC lightweight contender Islam Makhachev was quizzed over his ambitions to fight Conor McGregor after brushing past Bobby Green.

Makhachev ensured he would continue riding the upwards gradient towards UFC stardom after securing a first-round TKO win over Green in the UFC Vegas 49 main event on Saturday night.

Considering he has previously spoken about fighting Conor McGregor, and the Irishman will soon be returning to the sport, it’s no surprise that these two have been pegged against each other again.

However, speaking in wake of his victory over Green, Makhachev appeared to suggest that he doesn’t care about fighting McGregor and merely wants to fight for a UFC title.

“Honestly, I don’t remember when this guy beat someone. I’m going to smash him like easy. Bobby Green is going to be harder for me than for him.”

He’s certainly earned the chance to fight for a title, all the more so when you consider there is understood to be consideration of giving McGregor a title shot in his first fight back.

McGregor and Makhachev could be on a collision course which sees them fight eventually, but it doesn’t appear to be a priority for either fighter at this point in time.

Conor McGregor has only one win in the UFC’s lightweight division. That was when he fought Eddie Alvarez at UFC 205. ‘The Notorious’ put on a masterclass that night and became the first fighter to hold two UFC titles simultaneously.

Since then, the Irishman has competed three more times as a lightweight – once against Khabib Nurmagomedov and twice against Dustin Poirier. McGregor has been finished in all three of those fights.