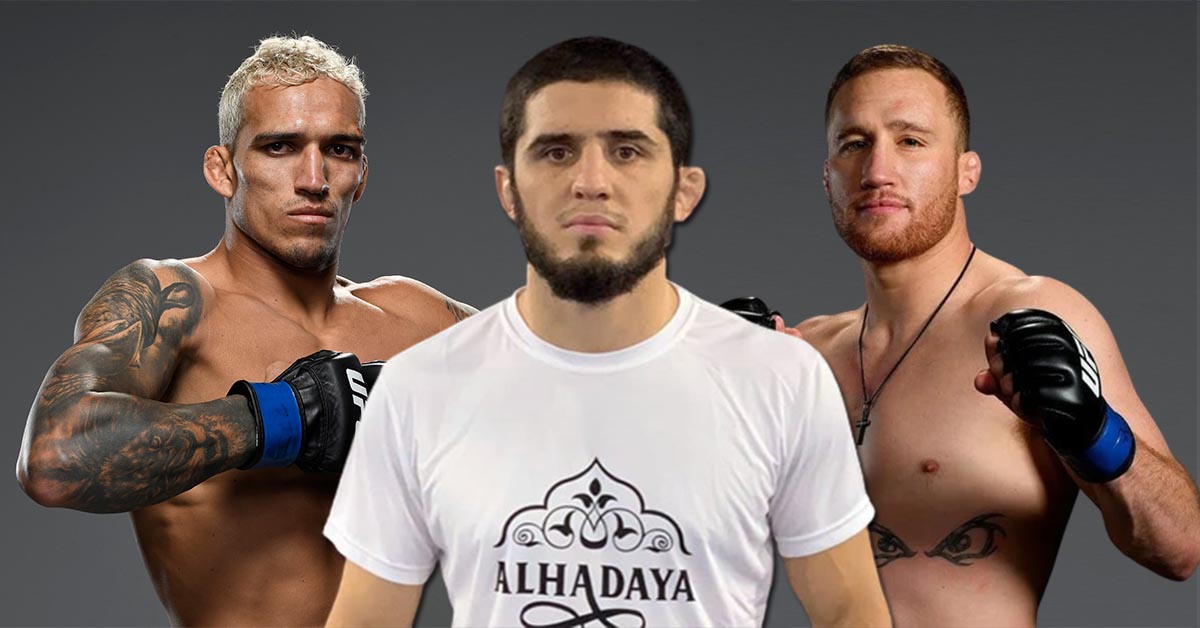 Islam Makhachev gives his prediction for Charles Oliveira vs. Justin Gaethje which is expected to take place at UFC 274.

Islam Makhachev has weighed in on the upcoming lightweight title clash between Charles Oliveira and Justin Gaethje, which is expected to take place at UFC 274.

According to Islam Makhachev, who’s likely to face the winner of that fight, ‘Do Bronx’ will make quick work of ‘The Highlight,’ likely winning via stoppage in the second or third round.

The Dagestani recognizes that Oliveira’s striking has improved over the years and feels he will be able to hang with Gaethje on the feet. Having said that, he also envisions Oliveira taking the fight to the ground at some point, using his superior grappling skills to then take Gaethje’s back and either submit him or unleash a ground-and-pound attack to get the finish.

“It’s going to be a good fight because both fighters are high level but now Charles improve his striking game very well and he has more than just a ground game. I think they’re going to strike a little bit and then Charles is going to take him down, take his back and finish him there like third round or second round.”

Makhachev envisions himself winning a potential scrap with Charles Oliveira. According to the Dagestani, he’d make the Brazilian fold in the championship rounds.

Makhachev claims he will keep pressuring Oliveira from the get-go and tire him out by dragging him into deep waters using his wrestling skills in the later rounds.

He also pointed out that Oliveira seemingly gives up towards the later rounds of the fight unless he manages to find a submission to latch on to. Given his grappling skills, Makhachev doesn’t think Oliveira will be able to survive with him in the latter stages of the fight.

“It’s going to be a good match because this guy is good in striking and wrestling and grappling but I’m going to make him tired, pressure him and make him give up. I know this guy doesn’t like when somebody goes three four rounds with him, gives him hard time and when he tries to finish someone, like by choke, and when he cannot do this, he gives up all the time,” Islam Makhachev said.

Islam Makhachev made quick work of Bobby Green in the main event of UFC Vegas 49, winning via TKO in the first round. He is currently on a 10-fight winning streak inside the octagon and is likely to fight for the title next.