Israel Adesanya picks his winner for Jorge Masvidal vs. Colby Covington at UFC 272 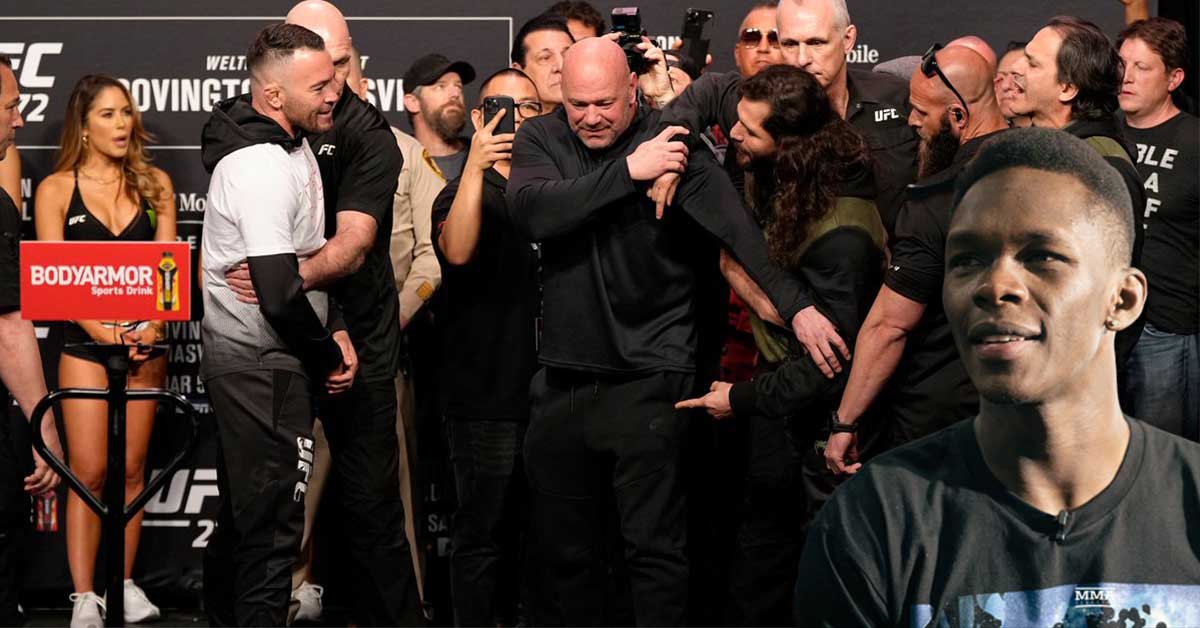 Former friends-turned bitter rivals Masvidal and Covington are scheduled to meet in the main event at UFC 272 this weekend.

While there is speculation of a dominant wrestling display from Covington, Israel Adesanya feels the fight will go a different way.

According to Izzy, Masvidal will emerge victorious on Saturday night courtesy of his superior striking game and higher fight IQ. ‘The Last Stylebender’ said in an interview with TMZ Sports:

“Jorge Masvidal, another guy who is a veteran in this game, been around, fought everywhere, high fight IQ. I feel like he can get this done you know. I have people saying, ‘You know, Colby’s [Covington] just gonna wrestle, f*** him,’ this and that. Blah, blah, blah. But I feel like Jorge… When you’ve trained with someone, you kind of know. You kind of know who’s better at what. And I think Jorge’s smarts is gonna prevail in this fight. And then his striking. His smarts and his striking is gonna prevail.”

Israel Adesanya picks his winner for Jorge Masvidal vs. Colby Covington at UFC 272 Check the Video:

Colby Covington has dropped two title shots against UFC welterweight champion Kamaru Usman. While ‘Chaos’ lost via fifth-round TKO in the first outing, he went the distance in the second bout, giving Usman arguably the toughest fight of his career.

However, being 2-0 down against Usman, Covington is unlikely to get a title shot even if he defeats Jorge Masvidal at UFC 272. The 34-year-old is now considering a move up to 185 lbs to challenge Israel Adesanya for the throne.

“I’m not opposed to going up to 185 pounds and beating up ‘Stylebender’. That guy, he’s not a well-rounded fighter. He can’t keep up with my pace. I know I can take him down and drown him. So there’s a lot of options out there for me. If I don’t get a chance to do my third fight with Usman, then it’s OK.”