Francis Ngannou has revealed that UFC welterweight champion Kamaru Usman inspired him to go through with his recent title defense against Ciryl Gane. 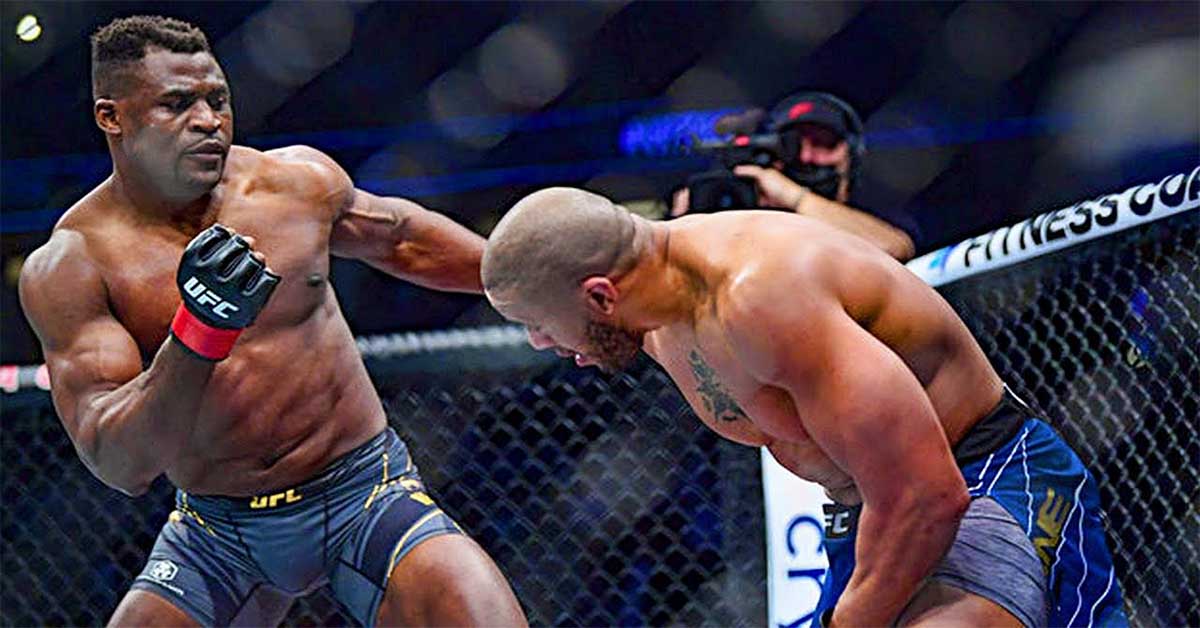 Francis Ngannou has revealed that UFC welterweight champion Kamaru Usman inspired him to go through with his recent title defense against Ciryl Gane. Ngannou went ahead with it despite picking up multiple knee injuries heading into the fight.

Ngannou hurt and subsequently twisted his knee while sparring in the lead-up to his heavyweight title unification bout against Gane at UFC 270 in January. ‘The Predator’ said he knew the damage was serious and MRI reports confirmed the same, revealing a torn MCL and damaged ACL.

According to Ngannou, the UFC doctors were confident that he’d not be able to compete and were “technically waiting” for him to withdraw from the fight. Ngannou, however, didn’t want to give up just yet. Upon showing an orthopedic surgeon, he was told that despite having a damaged ligament, his quadriceps muscle had enough strength to allow him to get through a fight before surgery.

Ngannou said he also drew strength from Kamaru Usman and how he’d always seemed the best version of himself on fight nights despite working his way through injuries. That inspired ‘The Predator’ to overcome his own adversities and go through with the fight instead of pulling out.

In a recently shared video on his YouTube channel, the heavyweight champ said:

“I had been talking with Kamaru Usman, I know exactly how much he deals with fights during training camp, I’ve been around, seen him in a fight week looking like sh*t but bro, see him in the fight day, he’s just a different person you know. I think that’s kind of like inspired me at some point.”

Francis Ngannou ended up retaining his title against Gane by putting up a grappling masterclass on the night and walking away with a unanimous decision win. While there still hangs a shadow of doubt over his future in the UFC, Ngannou has previously shown interest in a potential fight with Tyson Fury inside the boxing ring.

While ‘The Gypsy King’ and Ngannou seem game to fight one another down the line, UFC president Dana White feels it’s a bad idea. During a recent interview with Barstool Sports, White yet again reiterated why he feels Ngannou should stay away from the squared circle.

According to White, one-punch knockout power won’t be enough for Francis Ngannou to beat a heavyweight champion boxer like Fury. White cited the trilogy fight between Deontay Wilder and Fury to explain that, despite having lethal power in his fists, Ngannou will be thoroughly outboxed by ‘The Gypsy King’: